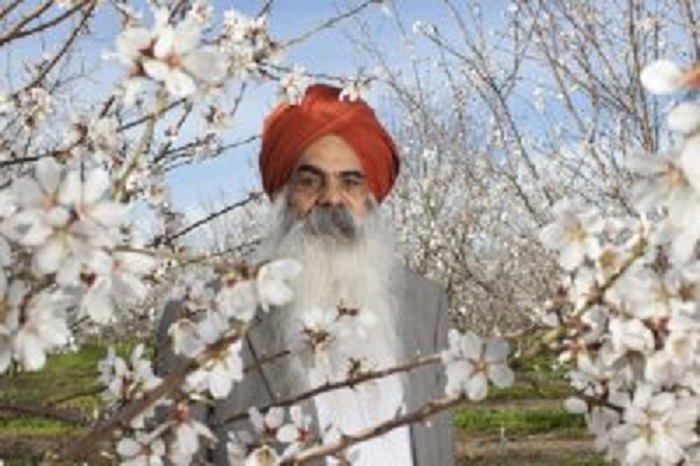 Didar Singh Bains who came to US from a small village in Punjab, India with just $8 in his pocket has today come to be known as the Peach King of California worth about $50 million.

Bains, who owns more than 40 pockets of land in 13 counties and his family were in attendance as Yuba City leaders broke ground Monday on the city’s next great park, Didar S. Bains Park in his honor.

Bains, who along with his business partners donated land to the city for the park, is a well-known member of the community whose impact on the area can be seen throughout the city, including as one of 26 founding members of the Sikh temple on Tierra Buena Road.

The new five-acre park, which is scheduled to be completed by the fall, will occupy a spot along Harter Parkway in Yuba City near Walmart, according to local media reports.

With an estimated total cost of more than $3 million, Didar S. Bains Park will have features that include 42 parking spots, two pavilion areas with shade structures, bathroom facilities, a bike park, a well-lit walking path around the park, an exercise and fitness area, a full-court basketball court, and a playground area for children.

“Thank you all for being here. Just this turnout shows exactly how great this is for our city and our community,” Yuba City Mayor Dave Shaw said during Monday’s groundbreaking ceremony.

Shaw said it has been about 15 years since the last park was built in Yuba City, Regency Park. He said its water features and wide-open spaces were an inspiration for the new park on the westside of town.

When it came to naming the new park, Shaw noted “Bains was one of 26 people that founded our Sikh temple … was instrumental as part of that group in bringing what we know as the Sikh festival every year.”

“The land where the new park at Harter Parkway will be built, was donated by Didar S. Bains and his partners in business, making the development of the public park possible,” several family members, friends and community leaders noted in a letter to the city.

“A prolific farmer, the land for which this park will sit was just one of the orchards that Mr. Bains farmed, which makes the naming of the park in his honor fitting.”

In the letter, Bains’ experience can best be described as the prototypical American dream that so many immigrants who come to the United States hope to achieve.

“Didar Singh Bains arrived in the US in 1958 with $8 to his name and the belief that money could grow on trees,” the letter said. “A young Sikh farmer, Didar believed that farming is close to Godliness. When he took a whiff of the prime Columbian loam lining the fields of Yuba City, he knew he’d found paradise and home.”

The letter said that during Bains’ peak farming days, he farmed thousands of acres of land in 13 counties and three different countries.

“It’s hard to believe … but probably about maybe 25-30 years ago this was all orchards and it belonged to the Bains family,” Shaw said.

“They’ve made decisions over the past 30 years that has benefited the city, but it’s fitting and it’s right to have a park that sets right where their crop used to set and continue representing the city.”

Sutter County District Four Supervisor Karm Bains, Didar Bains’ youngest son, said it meant a lot to the Bains family to have the park named after his father.

“It’s just such an honor and I feel so honored and humbled at the same time. Obviously, my father means everything to me, but his contributions to this community have been priceless,” he said.

Karm Bains said Monday’s ceremony also meant a lot because Didar Bains will be turning 84 on April 20. “It is a very special day for us all,” he added.