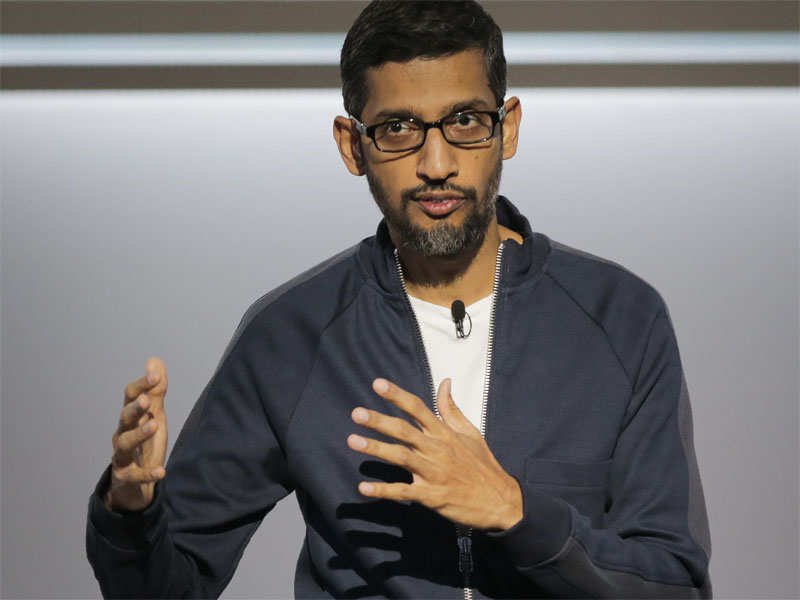 Google sent flood alerts to over 23 million people in India and Bangladesh; doubled the number of buildings mapped in India

Focused on its “timeless mission” to organize the world’s information and make it universally accessible and useful, Google has made products more helpful in the moments that matter like during floods in India.

“The progress we’ve made is because of our years of investment in advanced technologies, from AI to the technical infrastructure that powers it all,” says Sundar Pichai, Indian American CEO of Google, and its parent Alphabet.

“I’m excited to show you how we’re driving that mission forward in two key ways: by deepening our understanding of information so that we can turn it into knowledge; and advancing the state of computing, so that knowledge is easier to access, no matter who or where you are,” he said in his keynote at the opening of Google I/O Developers Conference on May 11.

Giving a few examples of how progress on these two parts of its mission ensures Google products are built to help, Pichai said, “throughout the pandemic, Google has focused on delivering accurate information to help people stay healthy.”

“Over the last year, people used Google Search and Maps to find where they could get a Covid vaccine nearly two billion times,” he said. Google has also expanded its flood forecasting technology to help people stay safe in the face of natural disasters.

“During last year’s monsoon season, our flood alerts notified more than 23 million people in India and Bangladesh,” said Pichai. “And we estimate this supported the timely evacuation of hundreds of thousands of people.”

Talking about taking Google Maps to the next level, Pichai said “We’ve also doubled the number of buildings mapped in India and Indonesia this year.”

Globally, over 20% of the buildings on Google Maps have been detected using AI driven new techniques like computer vision and neural networks to detect buildings at scale from satellite images, he said.

“Around the world, we’ve mapped around 1.6 billion buildings and over 60 million kilometers of roads to date,” Pichai said noting “some remote and rural areas had previously been difficult to map, due to scarcity of high-quality imagery and distinct building types and terrain.”

“These breakthrough technologies are coming together to power a new experience in Maps called immersive view: it allows you to explore a place like never before,” he added.

In countries around the world, Google Translate has been a crucial tool for newcomers and residents trying to communicate with one another, Pichai noted.

“Real-time translation is a testament to how knowledge and computing come together to make people’s lives better,” he said. “More people are using Google Translate than ever before, but we still have work to do to make it universally accessible.”

Pichai also announced that Google was adding 24 new languages to Google Translate, including the first indigenous languages of the Americas.

“Together, these languages are spoken by more than 300 million people. Breakthroughs like this are powering a radical shift in how we access knowledge and use computers,” he noted.