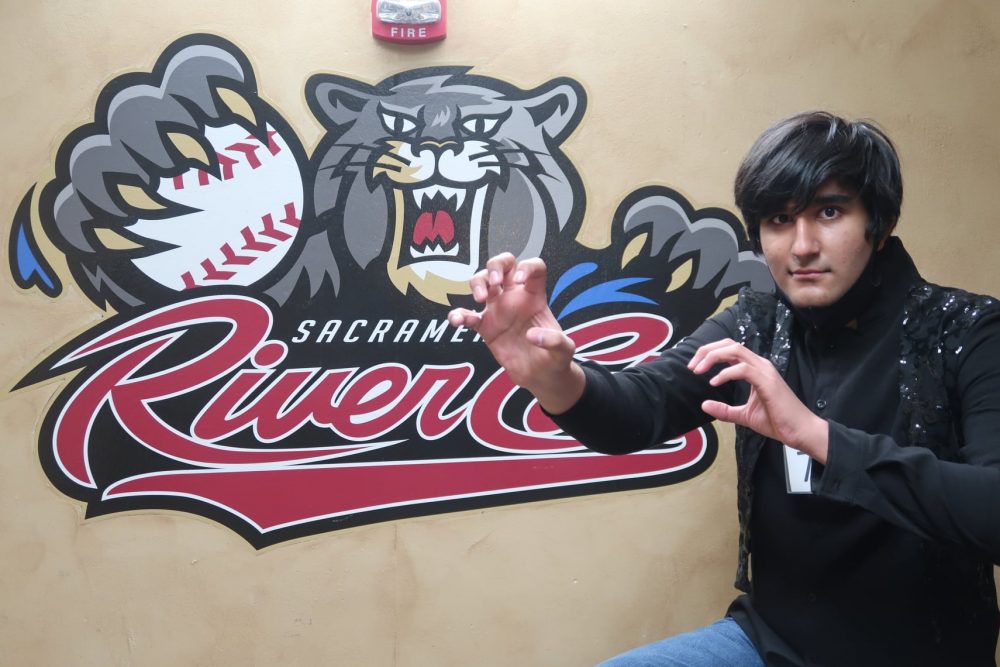 It will be history in the making as for the first time ever, the Star Spangled Banner will be played on the sitar, an Indian musical instrument, by Indian American teenager Neil Nayyar.

The 16-year-old Elk Grove, California resident will be performing the US national anthem on sitar at Sacramento River Cats, a minor league baseball team of the Pacific Coast League, on May 28.

A triple-A affiliate of the San Francisco Giants, they play home games at Sutter Health Park in West Sacramento, California.

Sacramento River Cats invited Neil to audition for this season and he was chosen to play the Star Spangled Banner on Indian sitar on May 28 and on Saxophone on Aug 5.

While it is a huge honor to play the US anthem on a music instrument that represents Nayyar’s Indian roots, this is not the teenager’s first tryst with fame.

Nayyar is Assist Foundation’s world record holder for playing 107 music instruments at the age of 14. From saxophone, flute, tabla, pan flute, harmonica, acoustic guitar, sitar and shehnai to piano, Nayyar has mastered every musical instrument you can imagine.

Prep for US anthem on sitar

Talking about his preparation Neil says, “I am practicing regularly to make it flawless performance. I will become the first one to play Indian sitar for Star Spangled Banner in US sports history.”

“Usually, people sing, play on saxophone, violin, guitar, trumpet. No one ever came forward to play on sitar,” he adds.

On what he plans to wear on the occasion, Neil says, “My sitar is customized to play in standing position. So I will be wearing a red shirt with black stripes and black pants.” Neil will be playing live in the stadium, in front of a live audience.

A junior high school student, Neil, studies at the Connection Academy. He was recently also a part of two Honda Car commercials.

The commercials were filmed at Elk Grove, California, Golden1Center, and Golden Bridge, Sacramento. Neil will appear in these commercials with his mom.

Neil also composed and played music for these commercials. One commercial will have Star-Spangled Banner on Indian sitar and they are featuring Neil in it

On how he got the commercial, Neil says, “My mom saw a flyer on social Media and  submitted for it. They auditioned more than a hundred people.”

One week after sending the audition tape, she was told she had come in Top 9. Next week, she got a message saying, “Congratulations, you are selected for Honda car commercial. Then they did a Zoom interview to know more about the family and more details.”

The Director also interviewed Neil and got interested to include his musical achievements in the commercial.