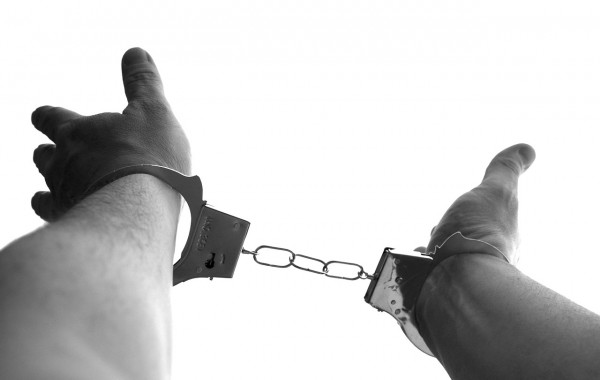 Federal prosecutors are asking for up to 34 years in prison for a former Indian movie producer who pleaded guilty to running a Chicago-based sex-trafficking ring that lured unsuspecting young actresses from India.

Once in the US, the Indian actresses were allegedly forced into prostitution, physically abused and threatened with public shaming if they complained, the Chicago Tribune reported citing court documents.

US District Judge Virginia Kendall later held a closed-door hearing where she heard directly from some of the Modugumudis’ victims, including an actress who testified the couple likely thought none of them would show up to “talk against them,” prosecutors revealed in a court filing Friday.

“But yes, we are here,” the woman, identified only as Victim C, told the judge, according to the prosecution filing. “Women, we are here, and we are talking against them. We are raising our voice. And we are showing that they did something wrong in their life. They have to feel regret until their death.”

In asking for a sentence of between 27 and 34 years for Kishan Modugumudi, prosecutors said in the filing he was a predator who “preyed on the hopes and dreams of young, innocent Indian women with dreams of coming to the United States and advancing their careers.”

In a separate filing Friday, prosecutors asked Kendall to sentence Chandra Modugumudi to up to 27 years behind bars. Both defendants are scheduled to be sentenced on June 24, according to the Tribune.

According to federal prosecutors, Modugumudi who had worked in Tollywood, as the Telugu-language film industry in southern India is nicknamed, lured the actresses to Chicago with the promise of being discovered.

Once in the US on temporary visas, however, the actresses were treated like sex slaves, forced to stay in a dingy, two-story apartment building in Chicago’s Belmont Cragin neighborhood waiting for their next “date,” the charges alleged.

The Modugumudis advertised the girls, some as young as 16, for sex at Indian conferences and cultural events across the country. The couple charged clients up to $3,000 for each sexual encounter, which took place in hotel rooms in Chicago, Dallas, New Jersey, Washington and elsewhere, according to prosecutors.

To keep the scheme going, Modugumudi resorted to physical and sexual assault of the victims as well as threats to disclose their names, which would “result in career-ending and reputation-destroying shame for the victims and their families in India,” Assistant US Attorney Maureen Merin wrote.

They were not empty threats, according to Merin. Kishan Modugumudi took lewd photos of some of the victims and kept them to blackmail them into silence. Actresses who were sent back to India suffered continued threats of exposure if they spoke out, Merin wrote.

One of the actresses, who was 17 at the time, refused to engage in commercial sex acts, prompting Kishan Modugumudi to text his wife, “Is she blabbering anything?”

“I threatened to kill her if she speaks anything,” Chandra Modugumudi replied, according to the prosecution filing.

Her husband texted back: “Tell her you would inform her mother if she creates any trouble.”

Even after he was arrested and held without bond, Kishan Modugumudi attempted to disclose information about the victims “to gain sympathy in Indian media and make good on his threats to destroy his victims’ lives if they dared to speak out against him and his wife,” Merin said.

Investigators were able to stop the attempt after they intercepted emails he had sent to an Indian reporter from the Metropolitan Correctional Center in Chicago, according to prosecutors as cited by the Tribune.

When federal agents searched the Modugumudis’ apartment in the 5700 block of West Belden Avenue in Feb 2018, they found detailed ledgers of the sex acts performed by each girl, including where they occurred and how much they collected, according to prosecutors cited by the Tribune.

The ledgers showed that the couple had taken in at least $617,000 from forcing the victims to engage in commercial sex acts, prosecutors said.