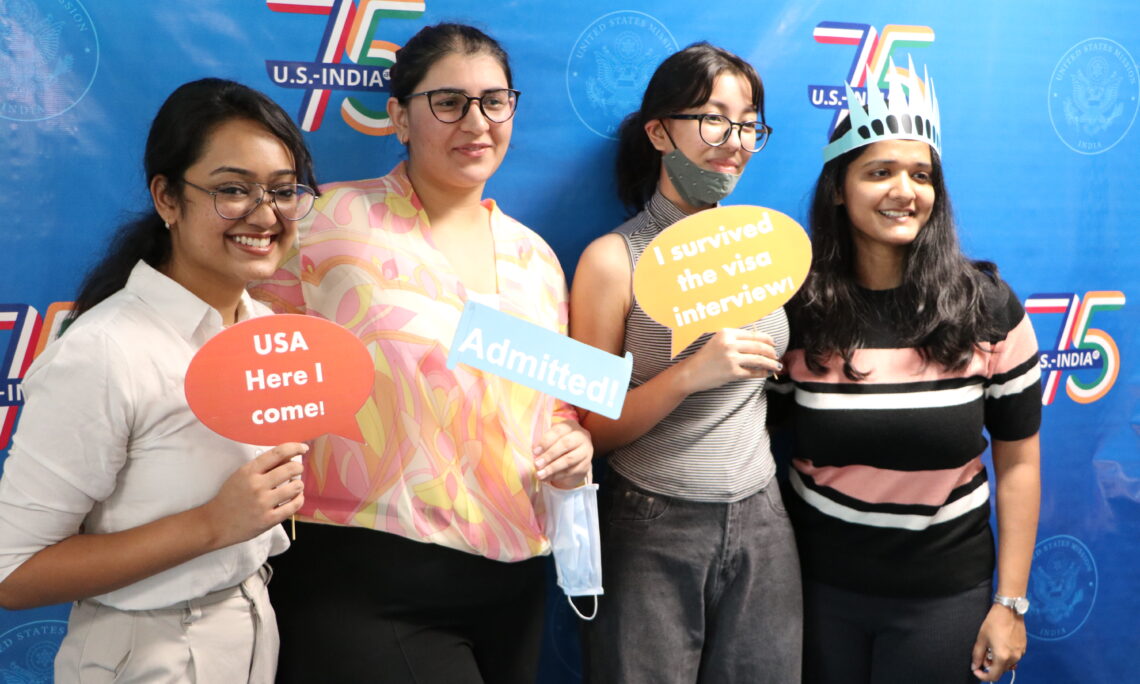 More than 200,000 Indian students studying in the US this year make up 20 percent of international students in America

After issuing a record 62,000 visas to Indian students last year, the US Mission in India hopes to have another record breaking year, according to US consular officials.

This year, more than 200,000 Indian students are studying at US academic institutions, representing more than 20 percent of international students currently in the United States.

The US Mission in India organized its sixth annual Student Visa Day on June 7 to celebrate higher education ties between the United States and India.

“Today we recognize the many contributions of Indian students in shaping the US-India relationship, which is celebrating 75 years of achievement,” said Chargé d’Affaires Patricia Lacina.

“This year, consular officers will interview more students than ever before, and we hope to break last year’s record for issuances,” remarked Don Heflin, the Minister Counselor for Consular Affairs in India.

We have a great start. This year, the Embassy has opened 100,000 appointments for student visas,” he said.

Counselor for Cultural and Educational Affairs Anthony Miranda added, “We are grateful that international students recognize the value of a US education, with its world-class faculty and infrastructure and hands-on, real-world skills that prepare graduates for successful careers.”

To mark the Student Visa Day, consular Officers at the US Embassy in New Delhi and Consulates General in Chennai, Hyderabad Kolkata, and Mumbai interviewed more than 2,500 Indian student visa applicants, according to an embassy release.

Lacina and consuls general throughout India congratulated visa recipients as they prepared to join the growing ranks of Indian students who have chosen to study in the United States – the world’s leading destination for international students.

Read: US Embassy expecting another record-breaking year for visas to Indian students: US Chargé d’Affaires (June 7, 2022)

The US Mission, it said encourages all students interested in studying in the United States to contact EducationUSA, the US government-sponsored advising service that offers credible and comprehensive information to help navigate the admission and visa processes.

EducationUSA represents more than 4,000 accredited US colleges and universities with eight advising centers across India. Students can visit educationusa.state.gov or @educationUSAIndia on Facebook and Instagram to learn more.