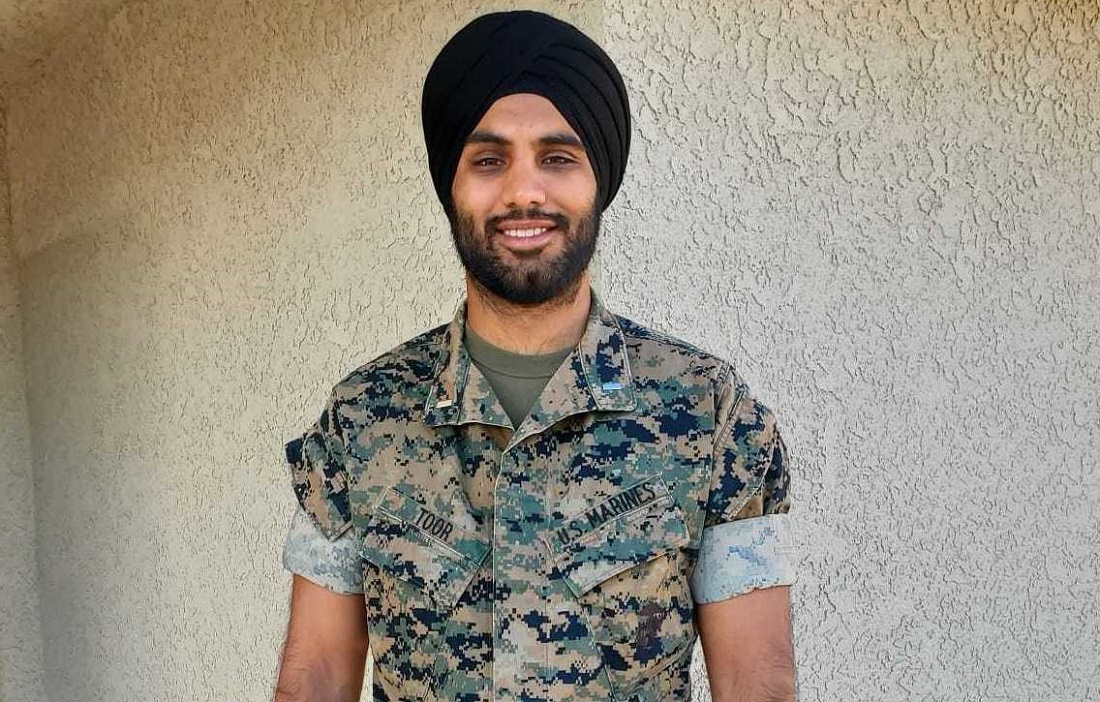 Three Sikh US Marine recruits are engaged in a court battle to keep all of their articles of faith during their basic training as well as maintaining their beards while deployed.

The Sikh Coalition, Winston & Strawn, the Becket Fund and BakerHostetler, with support from the Sikh American Veterans Alliance (SAVA), had filed a suit against the US Department of Defense last Aprill on behalf the three recruits and USMC Captain Sukhbir Singh Toor.

Current accommodations of the three pre-accession recruits requiring them to forsake all of their articles of faith during training would force them to choose between adherence to their faith and a career of service to their country, the Coalition said in a press release.

“The Marine Corps has made exceptions to their allegedly ‘strict’ standard of uniformity for various lengths and styles of women’s hair; the beards of those with PFB and other medical conditions; and arm, knee, and even full sleeve tattoos,” said Giselle Klapper, Sikh Coalition Senior Staff Attorney.

“Religious exemptions for articles of faith are no more indicative of ‘individuality’ than these things, and certainly no less important than them.”

“Despite this truth, the USMC has chosen to keep our clients–who have already qualified for service–in limbo for more than a year before effectively telling them they would have to renounce their faith during boot camp. It is past time to resolve this issue and let them move forward with their careers and their lives.”

“The USMC’s arguments against religious accommodations are undermined by the service, professionalism, and fidelity of Sikh Americans in the US Army and US Air Force today,” said Brian W. Song, Partner at BakerHostetler.

To date, the Sikh Coalition, SAVA, and its partners have helped more than 50 Sikh Americans in the US Army and US Air Force secure their accommodations, the release said.

After 12 years of advocacy and legal action — and major policy changes to facilitate religious accommodations in the US Army in 2017 and the US Air Force in 2020— more than 100 Sikh soldiers and airmen serve with their articles of faith and are able to stay safe while doing so, both at home and abroad, it said.