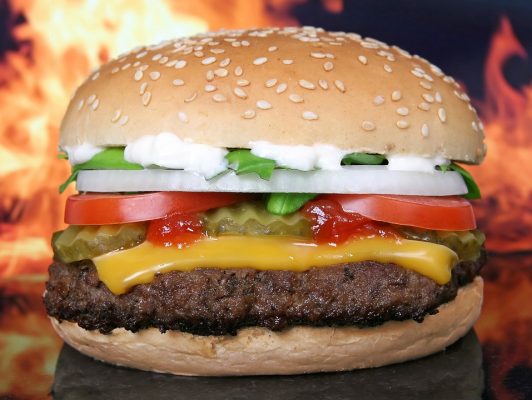 Chefs have changed the whole game plan by making foods you once thought were junk with real ingredients.

For far too long the introduction of American food in India came in the form of processed burgers and greasy fries with fast food burger joints like McDonalds dominating the American style food scene.

But now, the well- travelled food aficionados are willing to spend more for a healthier unprocessed meat burger or a more gourmet version of chicken wings.

In major cities across India, the European food trend gave way to regional cuisines and now burger and wings which was once seen as a quick food is seeing a world class culinary evolution as chefs bring in their carefully studied nuances and the right nutrition requirement to popular American foods like burgers and chicken wings.

Double Roti an American Style Diner that opened in Chennai is fast gaining popularity as a place that serves the best authentic gourmet burgers in town.

Anand Ramasamy, brand chef of the diner with 18 years of experience in Western cuisine says that with the changing times the consumer tastes have evolved.

This coupled with the bombardment of international cookery shows demonstrating how real ingredients can go in the making of foods you once thought were junk has changed the whole game plan.

Nutritionist Alka Dave who practices at Bengaluru’s plush White Fields neighborhood says, “It is not uncommon for my clients to look for nutritional value in hearty foods. So the chefs have upped their game and done away with frozen, unhealthy, high in sodium ingredients and have instead embraced the holistic mindful eating.

“American style diners are now coming up and offering a fine dining experience. So yes, we can say that burger is no longer basic in India,” she says. “It is as if the American food is on its renaissance moment here in India!”

Chef Ramaswamy says, “The best thing is that today to give consumers a hearty experience there is also a confluence of cuisines that goes on to create a dish in its newer, zestier avatar.”

“Like for instance we combine Korean sauce and cooking style to a staple dish like chicken wings and that has consistently remained a bestseller.”

Ramasamy shares a recipe of the most popular chicken wings on his menu at Double Roti Chennai aka the Special fried wings:

For the Korean Sauce:

Fried wings: Lightly coat baking trays with cooking oil. Evenly spread the wings over the trays so they are not touching (enough space will allow the wings to cook more evenly).

Transfer to a mixing bowl and toss in the sauce. Using tongs transfer and stack the wings to the bottom center of the plate and garnish on top with white sesame seeds and parsley.