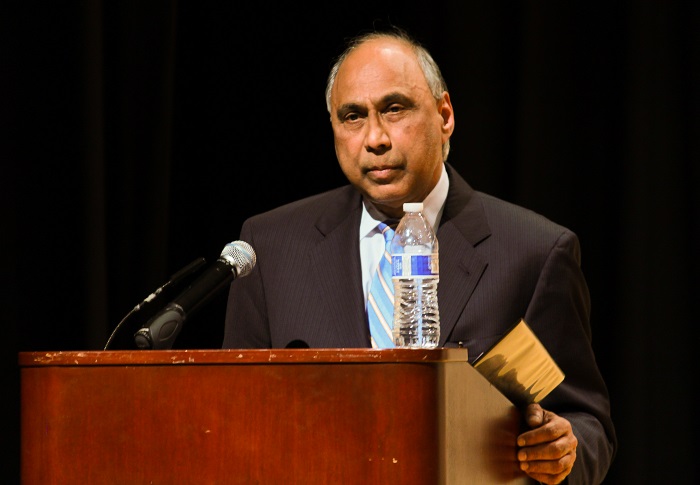 The Washington-area entrepreneur and philanthropist previously served on the boards of U.S. Institute of Peace and the Kennedy Center.

President Joe Biden has announced his intent to appoint Indian American entrepreneur and philanthropist Frank F. Islam to the Commission on Presidential Scholars.

The 21-member commission, announced by the White House Friday in a press release, includes prominent Americans from across the country in various fields. It will be chaired by Delawarean Margaret Aitken Haggerty, a communications professional who previously served as the spokesperson and press secretary for Biden during his Senate days.

The commission is tasked with selecting 161 Presidential Scholars from academics, the arts, career and technical education.

“It is an honor to be appointed to the Commission on Presidential Scholars,” Islam told The American Bazaar. ” Those students who are selected to be Scholars represent the best of America and will be leaders in creating its future.  I look forward to serving on the Commission with the other members and collaborating with them to choose Scholars who will use this experience and their already impressive accomplishments in order to help build an even stronger and better America.”

Islam, a resident of Potomac, MD, just outside of Washington, DC, is a prominent Democratic donor, who has raised millions of dollars for Democratic presidential nominees Barack Obama and Hillary Clinton, besides Biden.

READ: Frank Islam nominated to the Kennedy Center Board of Trustees (September 28, 2013)

Previously, he has served on the boards of the U.S. Institute of Peace, the John F. Kennedy Center for the Performing Arts, and the Woodrow Wilson Center.

Other boards and advisory councils he serves or has served include the U.N. Foundation, Johns Hopkins University, American University, George Mason University, the University of Maryland, and Harvard University.

The Aligarh, India, -born Islam came to the United States in the early 1970s to attend University of Colorado, in Boulder. After earning bachelor’s and master’s degrees in computer science from the university, he worked for different companies for two decades before launching his own company, the QSS Group, an information technology firm, in 1994.

He sold the company in 2007 and set up a private investment holding company, FI Investment Group.

Following the exit from QSS, Islam and his wife, Debbie Driesman, established a philanthropic foundation. The mission of the Frank Islam and Debbie Driesman Foundation is to promote education, art and culture, and peace and conflict-resolution.

Islam, a prolific writer, writes occasional columns for The American Bazaar and several other U.S., Indian and international publications.

Here is the full list of Members amd Chair of the Commission on Presidential Scholars, announced by the White House July 15, 2022:

(Editor’s note: This story has been updated to include a quote from Islam.)