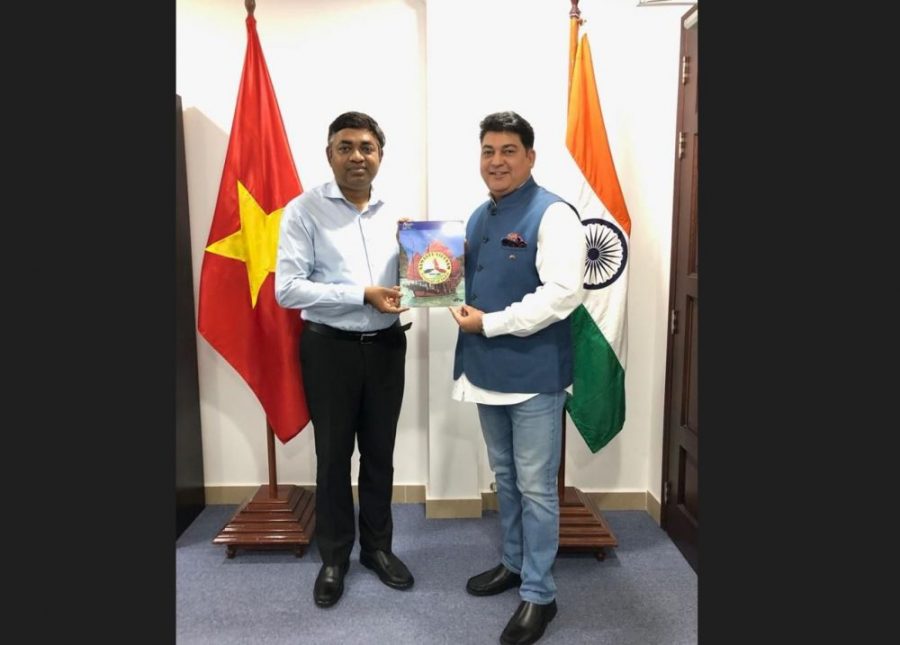 People of Vietnam are all set to be mesmerized by the fragrance of India at the first ever Namaste Vietnam Festival in Ho Chi Minh City and Nha Trang from Aug 12 to 21.

A confluence of culture and commerce, the 10-day mega festival has been planned in line with Indian Prime Minister Narendra Modi’s emphasis on the importance of Vietnam as key to India’s Act East policy, according to an official release.

A part of the celebrations of 75 years of Indian Independence – Azaadi Ka Amrit Mahotsav — the festival will also mark 50th anniversary of establishment of diplomatic relations between India and Vietnam.

Curated by Captain Rahul Bali who has been successfully curating Festivals of India across the globe, the festival is being organized by the Indian Embassy, Consulate General of India in Ho Chi Minh City & Innovations India.

Apart from reconnecting the entrepreneurs of both sides post Covid to explore business opportunities in different sectors, the festivals will also create awareness on India’s diverse culture.

It is expected to become a great networking platform to foster dialogue for bilateral relations between both the countries to boost tourism, trade, art, culture, music and films.

A big delegation from the Indian Film industry led by award-winning filmmakers, top film stars and film & lifestyle journalists among others will walk the Red Carpet at the Festival.

A book on the biggest showman of India, ‘Raj Kapoor: The Master at Work’ will also be released at the opening of the festival.