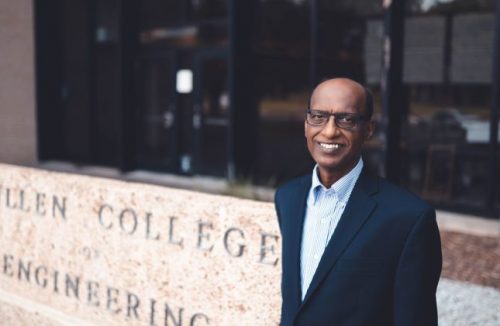 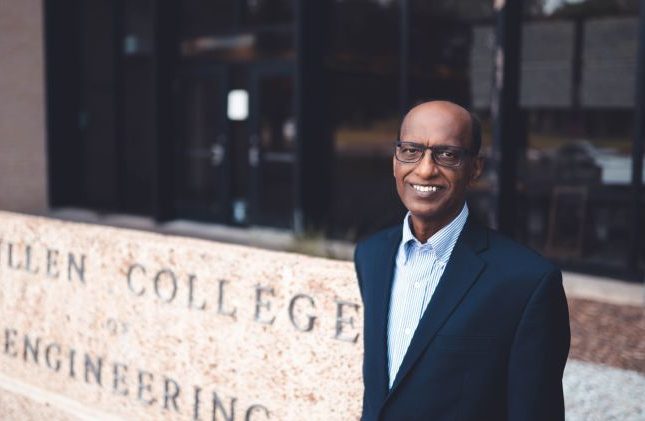 ‘Rajashekara made a unique and significant contribution to transport electrification, especially the road and air transport’

Kaushik Rajashekara, Distinguished Professor of Engineering at the University of Houston has been awarded the most coveted prize in the field of international energy – the Global Energy Prize bestowed by the Global Energy Association.

Only three people in the world were selected for the honor this year out of a record 119 nominations from 43 countries.

Rajashekara, who likes to be called “Raja,” is the winner in the New Ways of Energy Applications category for outstanding contributions to transportation electrification and energy efficiency technologies while reducing power generation emissions.

He is engaged in power plants for electric, hybrid and fuel cell vehicles; electric and hybrid electric aircraft systems; hybrid flying vehicles and electric vertical takeoff and landing (eVTOL) vehicles. He is the owner of 36 US patents and 15 foreign patents.

The prize honors “outstanding scientific research and scientific-technical developments in the field of energy which promote greater efficiency and environmental security for energy sources on Earth in the interests of all mankind.”

The Indian American professor is joined as a 2022 laureate by Viktor Orlov, chief specialist of the Centre for Innovative Technologies (Rosatom in Russia) and pioneer in thermonuclear physics; and Mercouri Kanatzidis, professor of chemistry and materials science at Northwestern University and senior researcher at the Argonne National Laboratory.

The awarding ceremony will be held during Russian Energy Week in Moscow, October 12-14.

“I have been working on transportation electrification for a long time, starting with Rail Transportation in ABB, then electric and hybrid vehicles in General Motors and Delphi, and then for Aircraft electrification in Rolls-Royce. At the University of Houston, I was able to continue to work in this area and advance the technologies for reducing emissions,” said Rajashekara.

“This award definitely shows the importance of energy efficiency improvement and reducing emissions, particularly in the area of transportation, which is responsible for a significant portion of global emissions,” he said.

“Professor Rajashekara does not see limits, only possibilities. Electric vehicles are changing the way the world moves, and he has played a vital role in the exploration and improvement of this innovation,” said Renu Khator, University of Houston president. “I congratulate him for this well-earned global distinction and for his role in positioning the University of Houston as the ‘Energy University.'”

“The Global Energy Prize is reserved for the best of the best in energy, and Professor Rajashekara is certainly that,” said Ramanan Krishnamoorti, UH chief energy officer. “Since joining the University of Houston in 2016, Raja’s vast knowledge and incredible research output has been instrumental in strengthening the intellectual base at UH and our strategic partnerships with the energy industry.”

Rajashekara has published more than 250 articles in international journals and conference proceedings, co-authored one book with IEEE Press, and has written six monographs and individual chapters for eight books.

He is a laureate of the IEEE Medal for Environmental and Safety Technologies (2021), the Richard Kaufman Award (2013) and several other prestigious awards.

As the former lead propulsion system engineer for General Motors’ IMPACT electric vehicle, Raja may be better known as the man who helped advance the technologies that led to the first commercially produced electric vehicle, the GM EV1 in 1995.

He calls himself a “futurist” because he is always working on futuristic projects. After ushering in the era of electric and hybrid cars from 1989-2006 by advancing the technologies including the EV1, he left his position at GM/Delphi for his next revolutionary project.

At Rolls Royce, he worked on advanced architectures for more electric and hybrid electric aircrafts bringing to life his notions of converting ancillary equipment used on aircrafts (like air conditioning and cooking devices) to electricity, leading to next generation aircrafts beyond the 787 Dreamliner-types. With those futuristic projects in the past, he says the next big thing will be flying cars – and he’s all in.