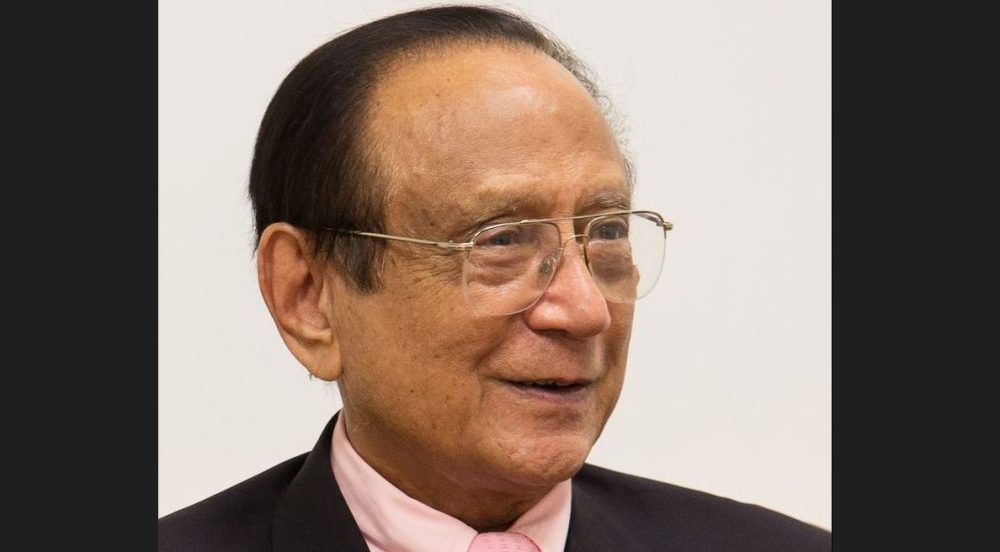 With a $11.4 million gift from Mani L. Bhaumik, a Bengal-born Indian-American physicist and pioneer in lasers, the American Association for the Advancement of Science (AAAS) has announced a new international science prize.

The “largest transformational gift” in AAAS’s history, will support a $250,000 annual cash prize called the Mani L. Bhaumik Breakthrough of the Year Award for up to three scientists.

The award is intended for scientists whose foundational research and activities best exemplify the Science Breakthrough of the Year, published in Science each December, the world’s largest scientific society announced July 21.

“The international award will help the science most poised to change the world have its maximum impact,” said Sudip S. Parikh, chief executive officer at AAAS and executive publisher of the Science family of journals. “It has the power to propel discovery and advance innovation society needs.”

Recognizing the most significant developments in scientific research is a central philosophy for donor Mani L. Bhaumik, PhD — a physicist with myriad contributions to the development of high-powered lasers — as well as for AAAS and the Science family of journals, AAAS said in a media release.

Science’s 2021 Breakthrough of the Year, for example, honored a solution to a challenge that had perplexed scientists for 50 years: how to predict the shape a string of amino acids will fold into as it becomes a working protein.

In two papers published simultaneously in Nature and Science in 2021, researchers showed how this could be done using artificial intelligence-driven software.

Moving forward, groundbreaking achievements like this will receive further recognition at the individual level through the Mani L. Bhaumik Breakthrough of the Year Award — the largest of any scientific society, the release said.

“My humble advice to the potential winners of the award would be for them to realize that science is a very hard taskmaster and demands dedication with unremitting strenuous work for success,” said Bhaumik. “Fortunately, the ecstasy of revealing the secrets of nature makes the arduous work feel like fun.”

Bhaumik, 91, was born in rural Bengal. He studied under physicist Satyendranath Bose, earned a master’s from Calcutta University and a doctorate at the Indian Institute of Technology, Kharagpur, before moving to the University of California, Los Angeles.

In 1973, Bhaumik demonstrated the world’s first efficient excimer laser, a type of an ultraviolet laser commonly used for high-precision machining and for cutting biological tissues without damaging surrounding tissues.

The cash prize builds upon the well-established Science Breakthrough of the Year, the journal’s choice of the top research advance of the year.

After the Journal announces the Breakthrough, a panel will select up to three winners whose work best exemplifies the related research field to receive the Bhaumik Breakthrough of the Year Award.

Starting in 2023, the selection committee will convene in January of each year. The individual winner or winners will be announced before the end of March.

“This award gives the committee latitude with respect to who they select, which is an exciting feature compared to other committees of this award type,” said Holden Thorp, editor-in-chief of the Science journals.

“Usually, the individuals are selected first, but here a key research advance is selected, and then a committee decides who the standout contributors are.”