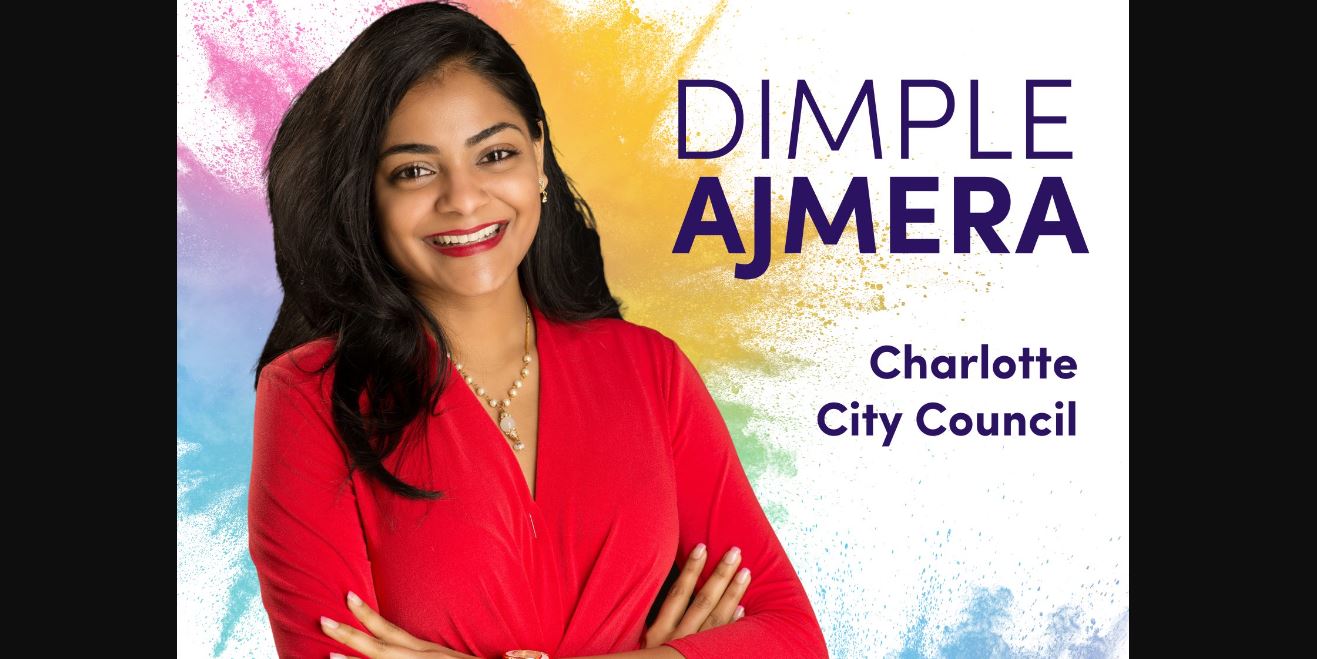 Indian American Dimple Ajmera who became the first Asian-American and youngest woman to be elected to Charlotte, North Carolina City Council in 2017, has been re-elected.

In the at-large race on July 27, Dimple Ajmera edged out fellow Democrat Braxton Winston to finish first. Ajmera received 16.55 % of the votes to Winston’s 16.3%, according to local media reports.

“I’m deeply grateful and humbled to have overwhelming support throughout the city for this historic victory,” Ajmera tweeted. “I commit to delivering on the promises I made to address displacement, congestion and crime in our city. I will collaborate with my colleagues to deliver on these promises.”

In a follow-up post, she urged everyone to set their differences aside and “work together for the benefit of all Charlotteans.”

Ajmera immigrated to the United States from Gujarat, India with her family at 16 when she was in high school, knowing little English. She graduated from the University of Southern California and worked as a CPA in Los Angeles before moving to Charlotte eight years ago to take a financial services job.

“As someone who once struggled to speak English, and for someone who is an immigrant, I’m just so grateful for all of the opportunities that have been given to me,” Ajmera said. “I never thought in my wildest dreams that I would even serve in a public office.”

This election was supposed to be held last November. But because of delays in getting population data from the US Census, Charlotte postponed the election until 2022.

Ajmera was appointed to the City Council to fill a vacant east Charlotte seat in 2017. She then won citywide seats when she ran later in 2017 and again in 2019. In 2020, she ran for the post of North Carolina treasurer but lost to Indian American Aaron ‘Ronnie’ Chatterji in the Democratic primaries.

She has been recognized as one of the 50 Most Influential Women in Mecklenburg County by The Mecklenburg Times and named Charlotte Business Journal’s 40 Under 40. Most recently she received the NAACP Excellence in Leadership Award.