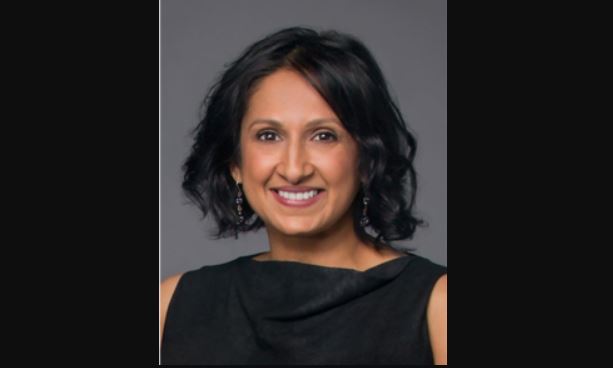 Gowri Natarajan Sharma, has become the first person of color and the first Indian American to be elected president of the board of trustees of Dallas Museum of Art (DMA), among the 10 largest art museums in America.

Established in 1903, the DMA’s global collection encompasses 25,000 works and spans 5,000 years of history, representing a full range of world cultures.

Another Indian American, Dr. Venugopal Menon was elected secretary among the most diverse elected officers in the Museum’s history, according to a July 26 press release.

Sharma succeeds Catherine Marcus Rose in her role as president of the Board of Trustees.

“At its heart, the DMA is a collage of different cultures, ideas and perspectives,” said Sharma after her election. “The board of trustees recognizes their critical role in the stewardship and leadership of the museum and is committed to working with and amplifying community voices to connect with the diverse area the museum serves.”

“We are proud to have a board that reflects the values of our region and look forward to welcoming visitors to discover their own inspiration within the walls of the DMA,” she said.

Sharma joined the DMA Board of Trustees in 2017 and previously served on the executive committee as vice president. Sharma was co-chair of the strategic planning committee with Tom Lentz and chaired the learning & engagement committee.

She currently serves on the building & grounds committee and is a member of the DMA acquisition fund created by the Dallas Art Fair.

Sharma was a founding board member of UNICEF North Texas and Central Plains Region. She has been an executive member of the Orchid Giving Circle at Texas Women’s Foundation (TXWF) and will be on the executive board and programs committee chair at TXWF in the coming year.

Sharma is chair of the construction committee and an executive committee member at The Lamplighter School. She currently sits on the advisory board of talkStem.

Sharma holds a Master’s in Architecture and serves as an architectural advisor for her family’s business interests.

Menon retired from Texas Instruments in 2019 after a 24-year career as vice president of technology. Menon has served in a wide variety of roles on the board of trustees since 2009, including as a member of the budget & finance committee and as treasurer from 2014 to 2015.

He currently serves on the executive and investment committees and is chair of the marketing committee. Menon is a member of the executive board of the Lyle School of Engineering at SMU. Menon succeeds Peggy Sewell in the role of secretary.