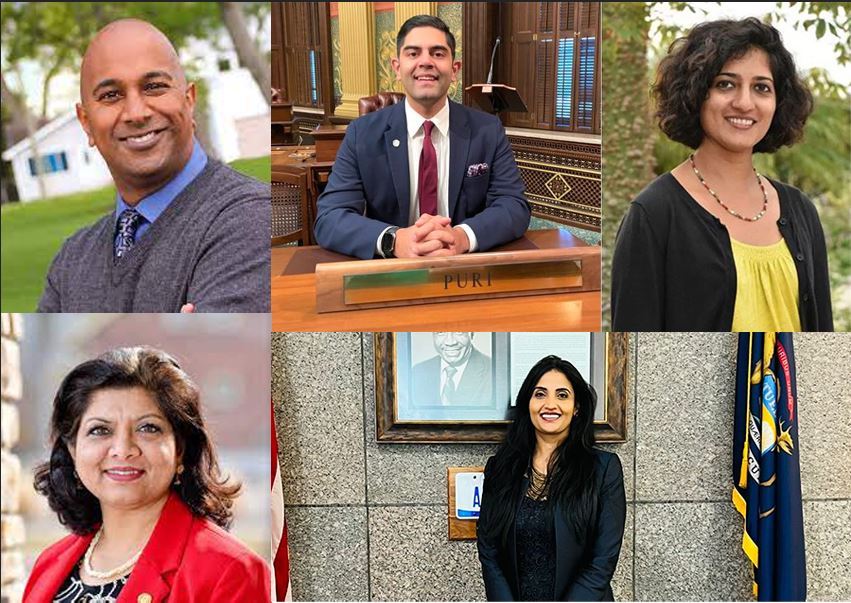 In Arizona, Democrat Priya Sundareshan is leading the race for the state Senate from the 18th district. According to latest data, she has 53% of the votes compared to her opponent Abraham Morgan’s 47% The race hasn’t been called yet.

However, Republican Hima Kolanagireddy lost to Williams in Michigan’s 6th Congressional district receiving 26,370 or 46.3 percent of the votes, compared to Whitney’s 30,560 or 53.7 % with 95 percent of the precincts reporting.

In the 57th District, Farooqi won the Democratic nomination for state House defeating Marcia Squier with 55% of the votes. She will now face Republican Thomas Kuhn who ran unopposed in the primary.

Puri, who represents the state’s 21st District in the state Senate, also ran unopposed. He is serving his first term representing the cities of Canton, Belleville, and Van Buren Township.

The son of immigrants and a proud product of the ‘American Dream’, “Puri is a strong advocate for inclusion, equity and equality across all walks of life,” according to his website.

Another Indian American winner for a Michigan Senate seat from the newly-drawn 28th District is a former member of the Michigan Legislature and former East Lansing mayor Sam Singh.

He easily defeated physician Muhammad Salman Rais by over 75% of the votes. He will now take on Republican Madhu Anderson who defeated Daylen W. Howard to earn her party’s nomination.

Singh was elected to the East Lansing City Council at the age of 24 and was elected as mayor in 2005. He also served in the Michigan House of Representatives from 2013-18.

In neighboring Ohio, Dr. Anita Somani, an obstetrician-gynecologist for OhioHealth, secured the Democratic nomination for the state’s 11th House District. She ran uncontested in the Aug. 2 primary.

A 1988 graduate of the Medical College of Ohio, she is a member of the Academy of Medicine and has served as a delegate and alternate delegate to the Ohio State Medical Association.

Dhingra, Deputy Majority Leader of the Washington State Senate, represents the 45th district. She brings two decades of experience as a prosecutor and behavioral health expert to her role as chair of the Senate Law & Justice Committee. She also serves on the Behavioral Health Subcommittee and the Ways & Means Committee.

She was first elected to the Senate in November 2017, the first Sikh state legislator elected in the nation.

A Doctor of Pharmacy from the University of Washington, she has worked for more than 20 years at leading biotechnology companies, according to her website.