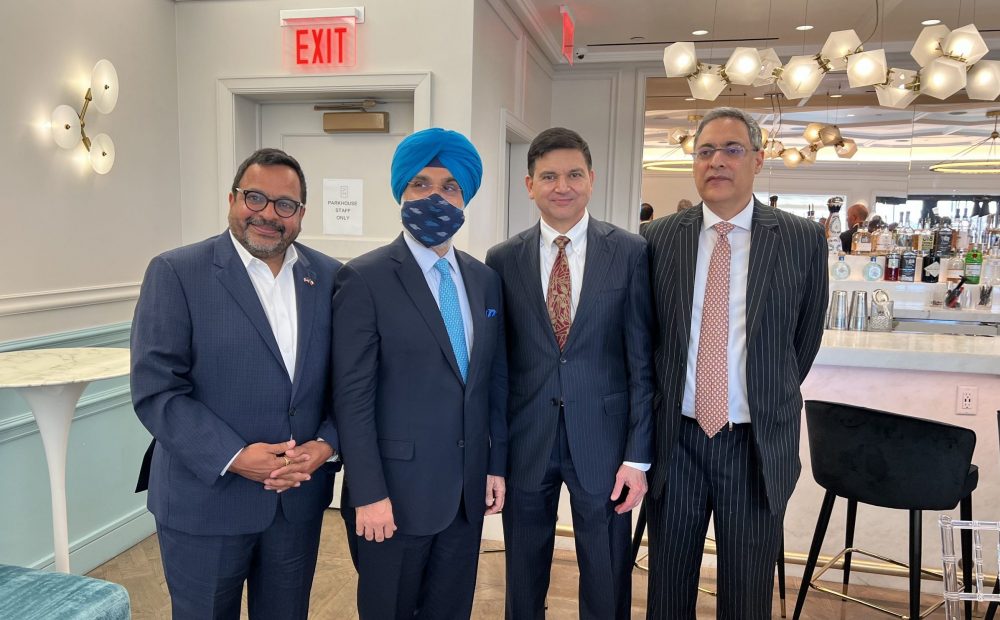 Indian Americans are twice as likely to work in management positions, compared with other Asian identities

Indian American business leaders are thriving in Dallas-Fort Worth, according to a new study by the Institute for Urban Policy Research at the University of Texas at Dallas.

The study in partnership with the Indian American CEO Council found that over 220,000 Indian-Americans live in D-FW, accounting for 40% of all Asian Americans in the D-FW area. And they’re leading in the workplace.

It also found that the average salary of an Indian American in D-FW is $59,000, compared with an average white worker’s salary of $39,000.

Sanjiv Yajnik and Arun Agarwal, co-chairs of the Indian American CEO Council, told the News they facilitated the study to better understand the political, economic and cultural impacts of the Indian-American community in North Texas.

New York-based financial tech company SmartAsset analyzed 52 of the largest metro areas and ranked the Dallas-Fort Worth-Arlington area as the No. 2 best place in the country for Asian-American entrepreneurs, behind San Francisco-Oakland-Berkeley, California.

The areas were judged based on prevalence of Asian-owned businesses, new business success and income and job security.

The study found that Asian-American entrepreneurs find the most success in California and Texas, the newspaper reported.

There are 19,031 Asian-owned businesses in D-FW, according to SmartAsset, and that number is 15.33% higher than two years ago. The Texas startup survival rate is 79.63%, and almost 16% of new businesses in Dallas-Fort Worth-Arlington are Asian-owned.

Yajnik, 65, originally from Kolkata and Agarwal, 50, told the news they came to Dallas to create careers that would make their children proud.

“Our kids are Americans,” Yajnik said. “We are first-generation immigrants. But we wanted them to feel proud of this country and also be proud of the heritage and know that their parents put the time and energy into enhancing this country.”

They started the Indian American CEO Council in 2018, their own “labor of love,” Yajnik calls it, to help bring business leaders together.

The council’s mission is to facilitate alliances between India and the US, act as a catalyst for economic and trade opportunities and strengthen relationships.

“We are Indian Americans,” Yajnik said. “We really wanted to give back to the wonderful land that has given us so much.”

Yajnik has been the president of financial services for bank holding firm Capital One for over 24 years. Agarwal, 50, from Jaipur, India, has been the CEO of NEXTT, a textile company, for over 14 years.

When they started the Indian American CEO Council, the pair didn’t want it to feel like a chamber of commerce or a narrowly focused organization, Yajnik says.

They wanted to find a way to bring together business leaders who shared an identity and heritage. “We believe in having a thriving, diverse community that adds excitement to the entire place,” Yajnik said.

Both men said they have experienced discrimination in varying forms. Agarwal explains he’s been in many situations where peers haven’t treated him right or treated him differently. But he keeps his head up in those situations.

He said he “communicates to the person where you see that obstacle. That really helps you to succeed.”

Yajnik and Agarwal, who was appointed to the Texas Economic Development Corporation’s Board of Directors in July, say Indian-American leaders can help diversify and better the country.

They want more underrepresented groups to hear their story and bring their families here, too. “We want this to be an inspiration for all, not only for Indian Americans,” Agarwal told the News.