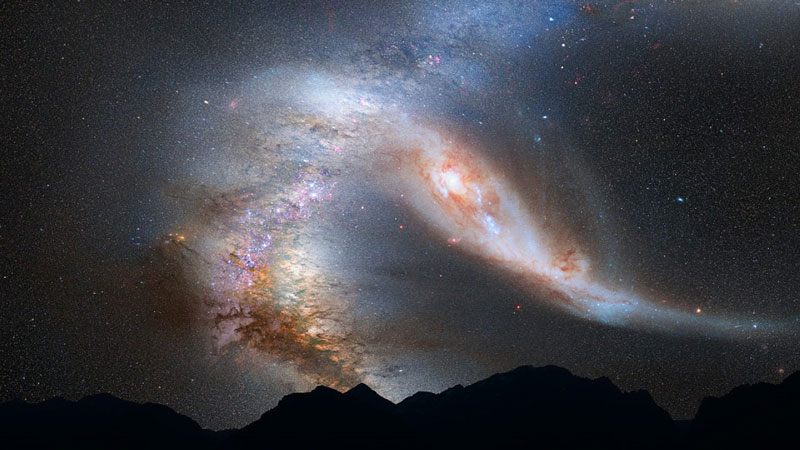 Scientists with the International Space Elevator Consortium (ISEC) have rallied behind a cost-effective manufacturing process that could produce graphene ribbons, strong enough to build a tether to realize the centuries-old dream of constructing a Space Elevator for mankind.

A tether like this will be a shiny metallic ribbon a meter wide, 100,000 km long and as thin as the plastic film used for food wrapping. It can support seven 20 tonne climbers at evenly spaced intervals, said ISEC scientists, whose findings will be presented at the upcoming 2022 International Astronomical Congress in Paris from Sep 18 to 22.

The Space Elevator has remained a fantasy even after 127 years since it was first proposed by Soviet rocket scientist Konstantin Tsiolkovsky in 1895.

The concept got a momentum when Science fiction writer Arthur C. Clarke, in his 1978 novel, ‘Fountains of Paradise’, visualized a space elevator on top of a mountain peak in the mythical island of Taprobane.

In 1959, the concept of a cable-based structure gained currency and researchers focused on building a tether of supermaterial that connects a station in orbit to Earth’s surface.

But in 2014, Google X’s design of a Space Elevator was abandoned as no one could manufacture a perfectly formed carbon nanotube strand longer than a meter.

Undaunted, Japanese firm Obayashi Corp. announced a few years ago that it was determined to build one by 2050. “The current technology levels are not yet sufficient to realize the concept, but our plan is realistic, and is a stepping stone toward the construction of the space elevator,” stated the company in its blueprint.

In 2018, China too announced that it was pursuing its own Space Elevator to be completed by 2045, hoping other nations and commercial partners would join the project.

However, the tether has remained the single-greatest challenge. The best steel wire could manage only a miserable 31 miles (50 km) or so of vertical suspension before it snapped under its own weight.

So, the tether requires something that is both strong and light. Other synthetic materials such as Kevlar, for example, could sustain a vertical length of 124 miles (200 km) before snapping.

With the development of carbon nanotubes (CNs) in the 1990s, there was a renewed interest in Space Elevators but researchers faced two major issues with CNs — mass production is not possible since CNs are grown and not machine-produced, with a maximum length of about 50 cm (20 inches) – achieved by researchers at Tsinghua University in Beijing.

Another is the hexagonal covalent bonds that give carbon nanotubes their high tensile strength, which means they are likely to fray when placed under extreme stress.

Adrian Nixon and his team at ISEC believe that graphene offers a better alternative. Like carbon nanotubes, graphene is an allotrope of carbon consisting of a single layer of atoms arranged in hexagonal lattice structures. Unlike CNs, graphene is a two-dimensional material arranged in a sheet.

Manchester University professors Andre Geim and Konstantin Novoselov, who discovered the material, were awarded the 2010 Nobel Prize in Physics “for groundbreaking experiments regarding the two-dimensional material graphene.”

The material has incredible tensile strength roughly 200 times that of steel – up to 130 Gigapascals (GPa) – which is well within the tolerances required.

In 2020, researchers at MIT developed a continuous roll-to-roll technique that could create large sheets of graphene at a rate of around two meters (6.5 feet) per minute.

The South Korean firm Charmgraphene has recently announced that it can manufacture polycrystalline graphene sheets at speeds of two meters (6.56 ft) per minute and lengths of 1 km (0.62 mi).

Currently, this polycrystalline graphene is intended for electronics, but can move in the right direction to produce the 2D single-crystal variety with the highest tensile strength, explained ISEC President and Director Peter Swan.

“We are starting to see large area sheet graphene being manufactured. While this method had been devised to produce graphene electrodes that would allow for lightweight, flexible solar devices and display screens, the technique can be adapted to create the material for a tether.”

The ISEC tem estimates that $18 billion would be required for the material, which is less than NASA’s 2022 budget of $24 billion. As per their position paper in 2020, Space Elevators can send 33,069 US tons of payloads per year, and can reach up to 187,393 US tons at a fraction of the cost compared to rockets, without causing pollution and leaving behind rocket debris. Considering that the global space economy is worth $447 billion, the project seems financially feasible, they note.

“Rockets are our historic approach to these dreams, but they do not have the power nor the reach to match the needs of humanity. The rocket equation is a killer of dreams – extremely low delivery statistics and damage along the way to our atmosphere. We MUST do the space elevator. We believe there is a collaboration and cooperation between advanced rockets and space elevators that will be our future,” said Swan.