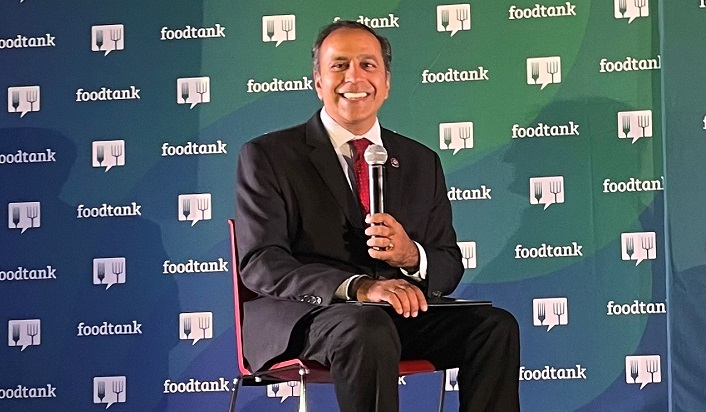 Denouncing the ‘racist rant and assault’ on four Indian American women in Dallas last week, Indian American lawmaker Raja Krishnamoorthi has urged police to prosecute the woman responsible to the full extent of the law.

“I’m appalled by the footage of the hate-motivated harassment and assault on four women of Indian descent and urge police to prosecute the woman responsible to the full extent of the law,” he stated Saturday.

“Such bigoted attacks motivated by racism, xenophobia, and other forms of hate victimize not only those directly targeted by them, but also broader communities through creating an atmosphere of fear and danger,” the Congressman from Illinois wrote.

“As our country continues to combat the surge in anti-Asian hate since the beginning of the pandemic, I urge all Americans to come together and prove that our country and our people are better than this,” Krishnamoorthi wrote.

Esmeralda Upton, a Mexican-American from Plano in Texas was arrested for her “racist rant and assault’ of the four Indian American women at a parking lot on Aug 24.

In a video that has gone viral on social media, the woman can be heard shouting, “I hate you f….g Indians. Oh these f****** Indians! They come to America because they want a better life. They obviously are not leading a great life in India.”

Meanwhile, Sanjeev Joshipura, executive director of Indiaspora, a leading community organization, strongly condemned the racial attack and reiterated Indiaspora’s commitment to fight discrimination and prejudice in all its forms.

“We at Indiaspora are committed to ensuring that our community is proactive in responding with concerted action against perpetrators of wanton aggression. We stand together as the Indian American community as we grapple with this and the other recently recorded hostile incident in Fremont, California, where there was a virulent attack of a customer in a Taco Bell.”

“The fact that these episodes have happened in two entirely different communities raises red flags about patterns of aggression against Indian Americans,” Joshipura stated.

“As we monitor the process of justice which is underway in Texas, we see this as an occasion for our community to send a strong message of solidarity,” he added.

“We stand with members of any community who have faced these attacks of hate crime or hate speech so that no one has to feel alone in facing such trauma,” Joshipura stated. “We want the authorities and society to know that these individual hate crimes affect larger communities and should be treated with urgency.”

Neil Makhija, executive director of Indian American Impact, also expressed shock over “yet another attack in a string of deplorable anti-Asian hate crimes that have taken place over the past two years”.

“Esmeralda Upton’s dangerous and violent sentiments towards the South Asian community should not be taken lightly,” he stated. “For legal purposes, we are lucky that the racist tirade was caught on camera, but her shameless display of hate towards members of our community is alarming and, unfortunately, not uncommon.”

“We are so thankful that the four victims of the attack were not severely physically harmed, but it’s imperative we begin to address the psychological effects of consistent attacks on minority communities,” Makhija stated.

“The state of Texas needs more than just a reactive approach to overt racism,” he stated. “Leadership should prioritize expanding multicultural education and implementing safety protocols in order to ensure the welfare of vulnerable people of color, immigrants and women.”

“While substantial progress had been made in the advancement of South Asian leadership in Texas, disturbing events like the recent one distracted from the work of the community and endangered citizens,” Makhija stated.