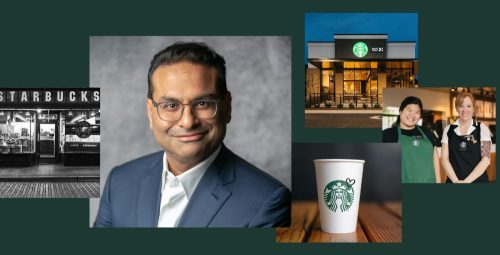 With Narasimhan as the top boss many say they can’t wait to see filter coffee on the Starbucks menu too!

Ask any Indian and you will know how seriously the community takes its chai. For long, the “chai tea latte,” a famous drink served across Starbucks in the US, has remained a bone of contention among desis.

While many smirk at this white washing of a glorious desi drink others have contested the poor research behind the Indian tea and have laughed over the name of the drink which translates into tea “tea tea latte”!

However, as soon as the news came of Starbucks getting an Indian origin CEO, Laxman Narasimhan, Indians had a field day on social media, expat groups and on Indian American community pages on Facebook, joking how it’s likely that Starbucks will now get its ‘chai’ right.

Seattle based Vivek Raj, an IT professional and an avid chai lover as he describes himself says, “The day, Starbucks gets its chai right complete with a proper name and not a white man’s understanding of what the beverage may be called, I will celebrate at the first ever iconic Starbucks outlet in Seattle.”

Interestingly, chai latte has remained among the top 10 most popular drinks at Starbucks across the US. However, many desis maintain that they do not order a chai latte at Starbucks as the coffee chain does not do justice to the beverage in its original recipe.

Another Indian American Dhruv Shah joked on a food forum, “I would love to see a menu with masala chai or cutting chai at Starbucks now.”

Many say that with an Indian origin CEO at its helm there remains no reason why the Seattle headquartered coffee chain cannot get its tea right.

“Tea is such a popular drink in many countries across the globe. Also, with so many South Asians in America, it’s about time that Starbucks gets its chai right.”

Not satisfied with the “Starbucks version of chai latte,” many Indians swear by Chamba tea sold at Costco outlets. Others prefer brewing their own cuppa complete with cardamom and cloves.

With Narsimhan as the top boss many say they can’t wait to see filter coffee on the menu too!