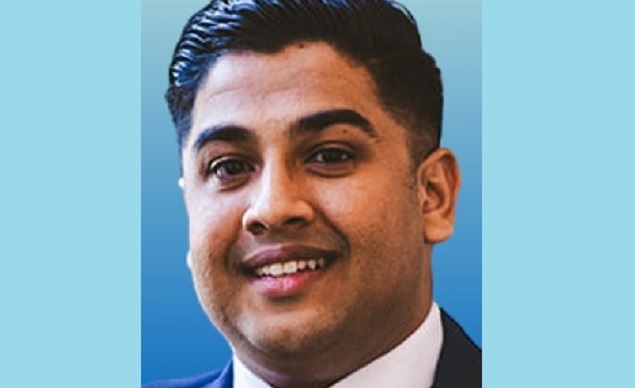 Patel, 33, came to the State Department in June to become principal deputy spokesperson after a 17 month stint at the White House press office.

With State Department Spokesperson Ned Price on vacation, Patel took the podium at the State Department briefing room at Foggy Bottom in Washington, DC, Tuesday to face the international media.

“Hosted my first Daily Press Briefing at the podium today. The Briefing is an important way we stay accountable to US citizens and helps protect our democracy. You have a right to know about the events and policies that shape your life,” he tweeted.

“Representing the United States on the world stage is a huge responsibility, and Vedant did it with the utmost professionalism and clear communication,” Hill wrote.

“I often joke with him (Vedant Patel) that we give him easy assignments. We did not. It’s just because he’s super talented,” Psaki told reporters at her daily briefing in early April.

“Vedant, I’ll say about him, he’s a beautiful writer. He’s a fast writer. I don’t know if that means he could be a wire reporter,” she said. “I think he has a very promising career in government ahead of him.”