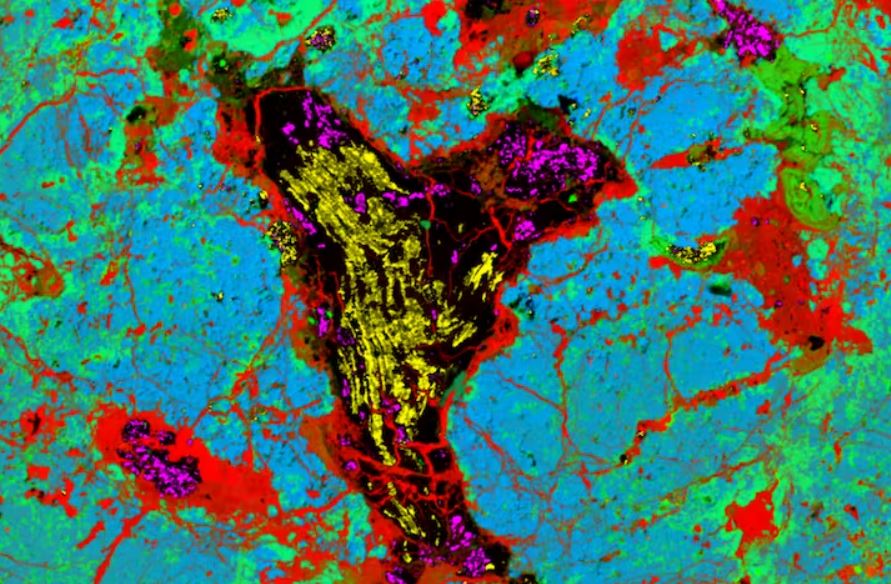 Ureilite meteorites from the mantle of a dwarf planet brought to Earth abundant minerals of diamond than any known rock, containing lonsdaleite, which are harder and more precious than diamond with carbon atoms arranged in a cubic shape.

Recently, such a rare lonsdaleite or “folded diamonds” hidden inside meteorite samples were found on Earth, believed to have been carried from outer space by an asteroid.

Read: Is outer space turning into a battlefield? (September 8, 2022)

Lonsdaleite is named after the British pioneering crystallographer Dame Kathleen Lonsdale, who was the first woman elected as a Fellow to the Royal Society.

The lonsdalites with stacking faults and twinning defects material made out of carbon are hexagonal in crystal formation and harder than regular diamond, which means greater potential for more industrial applications beyond a regular diamond.

Familiar to scientists for over half a century in the form of nano crystals, the scientists have recently found significant amounts of the material hidden inside meteorite samples from northwest Africa, with some crystals about 1,000 times bigger than the ones previously discovered.

“It’s really exciting because there were some people in the field who doubted whether this material even existed,” says Alan Salek, a research student at the Royal Melbourne Institute of Technology (RMIT) in Australia.

“This study proves categorically that lonsdaleite exists in nature,” said RMIT Professor Dougal McCulloch. “We have also discovered the largest lonsdaleite crystals known to date that are up to a micron in size – much, much thinner than a human hair.”

The study findings unfold a long-standing mystery regarding the formation of the carbon phases in ureilites.

The lonsdaleite was believed to have formed in a high-energy cosmic collision that occurred over 4.5 billion years ago, probably when a dwarf planet collided with a huge asteroid. Scientists believe the consequent heat could have folded graphite stored inside the mantle of the planet, forming the lonsdaleite.

The process of chemical vapor deposition (CVD) that is behind manufacturing diamonds on Earth is the same for the hexagonal diamonds but operates at higher pressure (∼1–100 bar) and provides a pathway toward manufacture of shaped lonsdaleite for industrial application, say researchers.

The team proposed that lonsdaleite in the meteorites formed from a supercritical fluid at high temperature and moderate pressures, yet preserving the shape and textures of the pre-existing graphite.

Read: Folded diamond has been discovered in a rare type of meteorite. How is this possible? (September 12, 2022)

Nick Wilson, another member of the PMIT team said the new findings could allow researchers to tweak existing diamond-production processes to make lonsdaleite as well. The nature has given us clues on how to make ultra-hard micro machine parts, he says.

In an article for The Conversation, he wrote: “If we can find a way to replicate the process preserved in the meteorites, we can make these machine parts by replacement of pre-shaped graphite with lonsdaleite.”