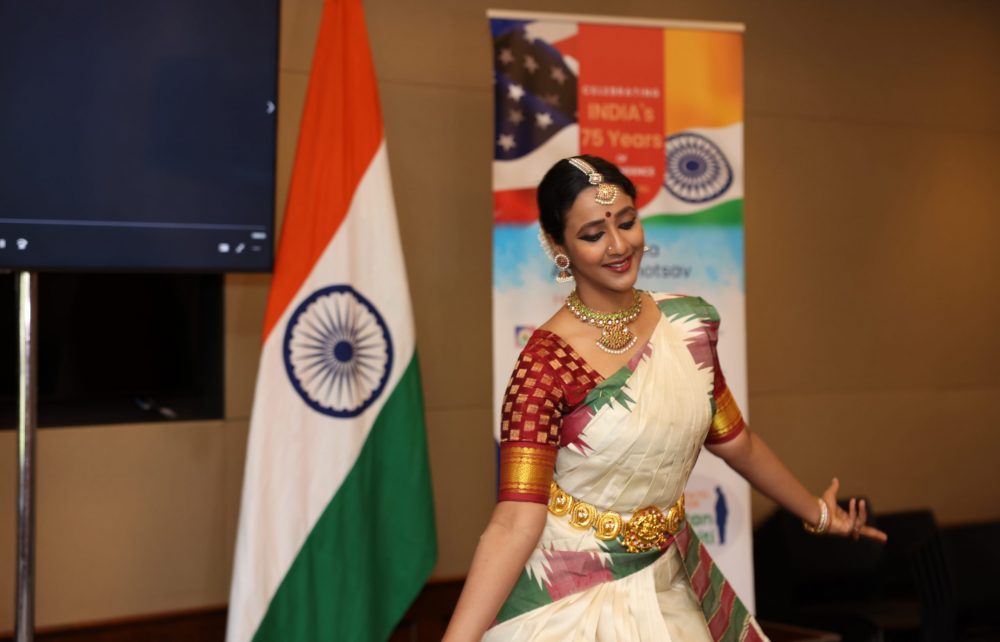 Indian diaspora have spread the fragrance of Indian values by living them, says Narendra Modi

“Members of our diaspora have always been admirable ambassadors for our nation,” he said in his message to the Wednesday night’s celebration with the theme of “Stronger Together: US-India Partnership.”

“They have spread the fragrance of Indian values by living them – respecting all cultures, mingling seamlessly and enriching societies with their unique contributions,” Modi said.

“Among the many values that bind our two great nations, love for freedom and commitment to democratic values are the most important,” he said. “A celebration of freedom by the world’s largest and oldest democracies is a beautiful gesture.”

“It is heartening to note that 75 Indian diaspora organizations have come together to showcase India’s diverse culture and also to strengthen cultural ties between India and the United States of America,” Modi said.

Representing the Biden Administration, Raj Panjabi, who is serving as senior director for global health security and biodefense on the US National Security Council, noted President Joe Biden has appointed 130 Indian Americans in his administration. This is something to be proud of, he said.

Biden in his Independence Day message noted that as people around the world, including nearly four million Indian Americans celebrate the 75th anniversary of India’s independence, the United States joins the people of India to honor its democratic journey guided by Mahatma Gandhi’s enduring message of truth and nonviolence, Punjabi said.

Mansukh Laxmanbhai Mandaviya, India’s Minister of Health and Family Welfare and Chemical and Fertilizers in a live web address said Indian Americans have played a great role in India US relationship. “US has been a key partner in India’s growth story,” he said.

India’s Ambassador to the US Taranjit Singh Sandhu noting the two nations were also celebrating 75 years of establishment of diplomatic relations said, “Congress has played a special role in cementing this fantastic relationship, which we are celebrating today.”

Dr. Jashvant Patel, President of Sardar Patel Fund for Sanatan Sanskruti, President and CEO of the US Indian Relationship Council, and chairman of the Organizing Committee welcomed the guests.

“As a community, we are proud of the significant strides we have made in the past 75 years. This includes everything from the announcements in the healthcare technology, human rights, sustainability, environmental health, global warming,” he said. “Despite our large populations and lack of resources, innovation is at the forefront of what we do,” Dr Patel said.