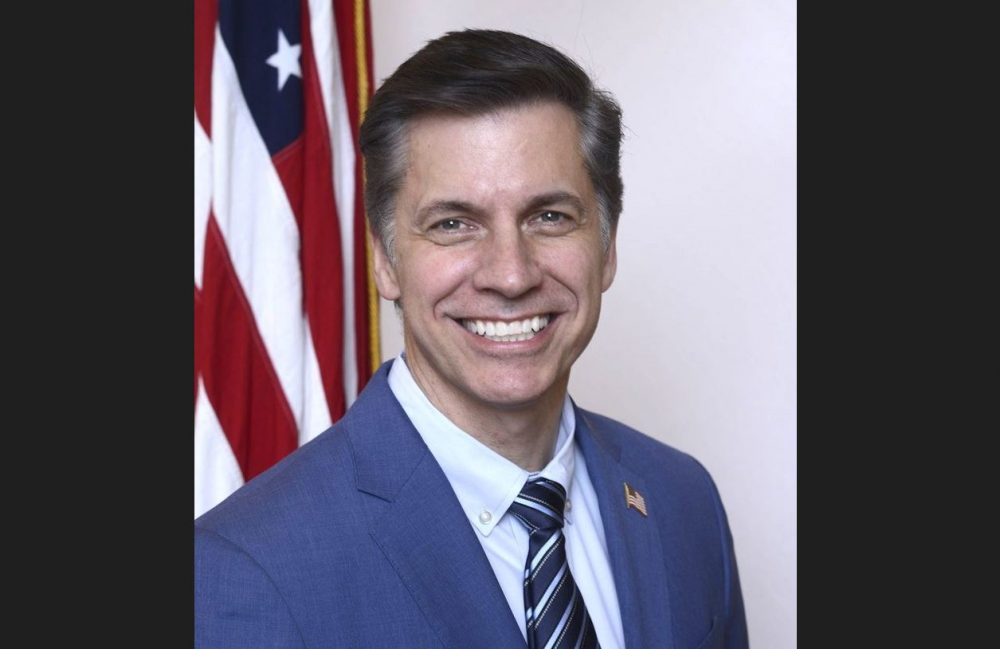 On a recent podcast, candidate for US Congress Chris Dargis responded to concerning allegations, first reported by the American Bazaar on September 12, that he received a $300,000 advisory fee and currently owns between $50,000 and $100,000 in stock with a firm that supplied gadgets made with forced Uyghur labor.

In his response, Chris Dargis said the allegations were “completely false” and accused his opponent, Indian American Rep. Raja Krishnamoorthi, of “making things up.”

He added: “I was privileged in my business career to advise a company that was focused on e-commerce. I have been in digital technology and e-commerce for the last couple of decades, after my naval service.

Following these comments by Dargis, community leaders voiced their strong concerns and called for Dargis to divest his $50,000 to $100,000 stock ownership in PAR Technology.

“In Mr. Dargis’ shameful defense, he acts like he had no idea this company which made him riches profited significantly on the backs of enslaved Uighyur Muslims in China,” said Chicago-based Muslim rights activist Minhaj Akhtar. “He seems to deflect from addressing the issue head on. There is simply no excuse for his decision to associate himself with a company like this, let alone take hundreds of thousands from them as a consultant. He should immediately divest his stock ownership in this company.”

“This is a shocking development,” said M. Osman Siddique, the first South Asian American and Muslim-American to ever serve as an Ambassador from the United States and current Senior Fellow at the Atlantic Council. “Over the last decade, the atrocities committed against Uighyur Muslims in China have been well documented. If a candidate for public office, especially Congress, authorizes business deals that involve forced labor in China, that sort of information is going to surface and it will be damaging.”

While Dargis must make moral decisions about whether or not to divest these assets, government accountability and oversight experts also argue that owning significant holdings in one company could present conflicts of interest for Dargis if he were elected to Congress.

Craig Holman, Government Affairs Lobbyist for Public Citizen, when asked, “does this present a conflict of interest and does it potentially influence the positions Mr. Dargis would take, if elected to Congress, with respect to China?” said, “Chris has a wide array of conflicting investments that would be business-as-usual for a member of Congress when we went through that old period of a great deal of corruption.”

“But that’s not going to fly in the next Congress. If Chris were to get elected, he will have to change his behavior because, hopefully, by the time the next congressional session comes around it will make that type of behavior illegal.”