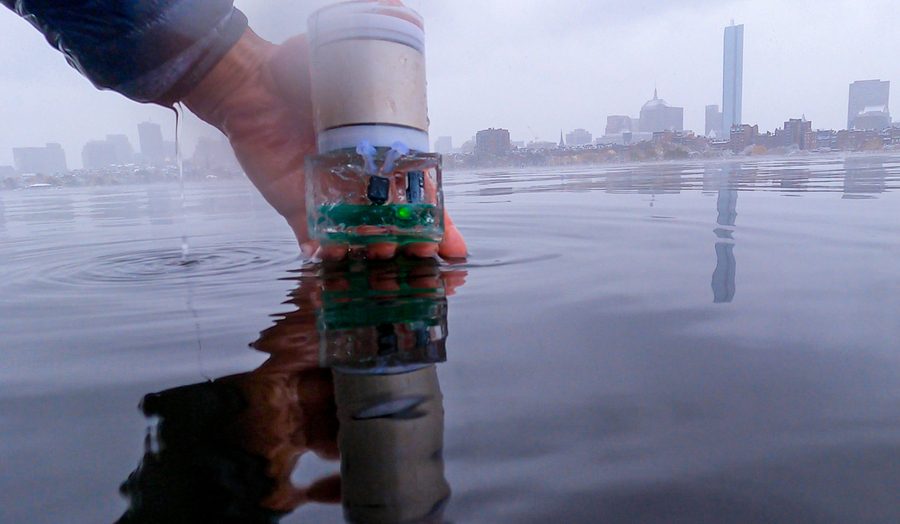 Without a power source, the camera could run for weeks undersea to search deep and remote parts of the ocean

At a time when space exploration is booming with NASA’s spacecraft smashing into an approaching asteroid, we are still grounded when it comes to exploring depths of our own planet’s ocean floor. But now, a solution is here with an underwater wireless camera that uses no battery power but sonic energy.

Developed by a team of MIT engineers, the new underwater camera, does not need a battery for power and yet is 100,000 times more energy-efficient. The camera takes color photos, using a new technique as underwater images are usually grey in color.

Without a power source, the camera could run for weeks undersea to search deep and remote parts of the ocean, whose 95% still remains unmapped for new species.

In a paper published in the journal Nature Communications, the MIT team used a unique resource they’d previously experimented with for low-power acoustic signaling — piezoelectric materials, which generate their own electric charge in response to mechanical stress, like getting pinged by vibrating sound waves.

To overcome grey images underwater, they used the red, green and blue colored LED light to reflect on the white part of each photo, which can be combined in post-processing, reconstructing the image in color.

The new camera was able to capture color images of plastic bottles floating in a New Hampshire pond during a test. It can also take images of ocean pollution or monitor the health and growth of fish raised in aquaculture farms.

Read: Jupiter’s moon Europa may have an ocean of water, NASA likely to reveal (September 21, 2016)

“We are missing data from over 95 per cent of the ocean. This technology could help us build more accurate climate models and better understand how climate change impacts the underwater world,” said Fadel Adib, associate professor in the Department of Electrical Engineering and Computer Science, MIT.

The camera can also replace the requirement for a GPS system that cannot penetrate the ocean water, making it difficult to track dolphins or sharks.

The team had built an Underwater Backscatter Localization (UBL) two years ago, where instead of emitting its own acoustic signals, UBL reflects modulated signals from its environment, providing researchers with positioning information, at net-zero energy. Developing the technology further, they are able to come out with the new underwater camera.

At a speed of 10,000 bits per second, they were able to track the moving object through deep water at 30 centimeters/second. Otherwise, “by the time you get enough information to localize the object, it has already moved from its position,” explains Afzal.

Boom in ocean exploration
Research Scientist Reza Ghaffarivardavagh who led the team says that scientists have better maps of the moon’s surface than of the ocean floor. “Why can’t we send out unmanned underwater vehicles on a mission to explore the ocean? The answer is: We will lose them,” he says.

Now the team is confident that UBL could one day help autonomous vehicles or subsea robots to stay longer underwater, without requiring precious battery power and provide information about climate change in the ocean.

“There are so many applications,” says Adib. “We’re hoping to understand the ocean at scale. It’s a long-term vision, but that’s what we’re working toward and what we’re excited about.”