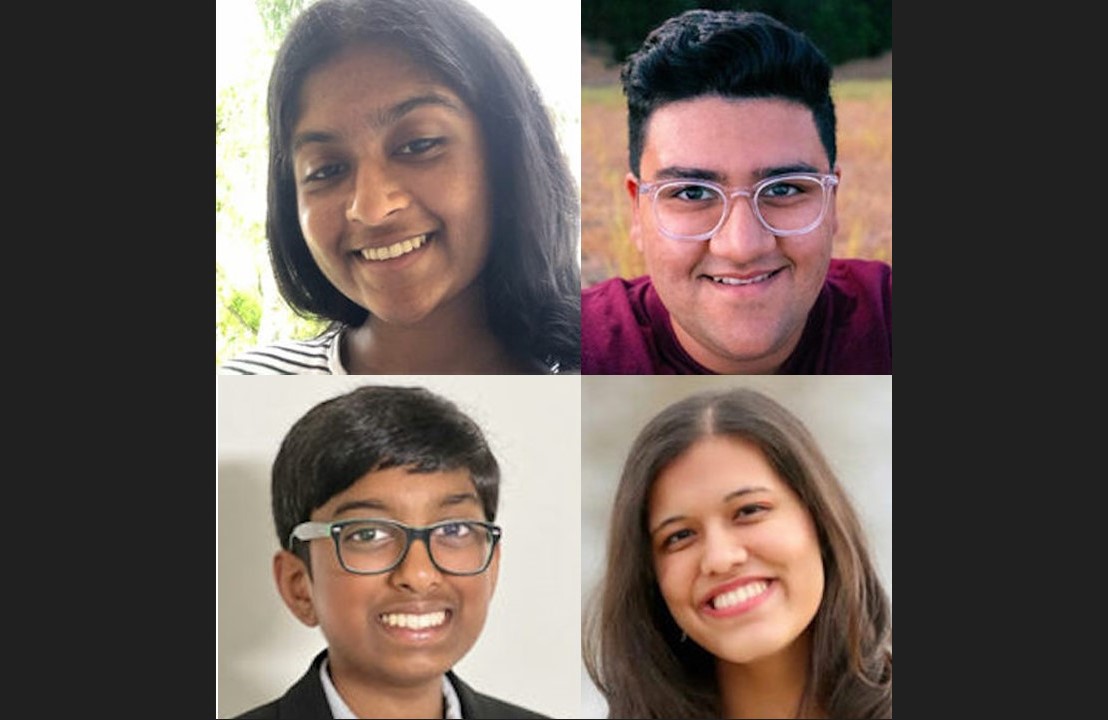 Established in 2001 by author T.A. Barron, the Barron Prize is a nonprofit organization annually honoring 25 outstanding young leaders ages 8 to 18 who have made a significant positive difference in people’s lives, their communities, and the environment.

Every year, 15 top winners are each awarded $10,000 to support their service work or higher education.

This year’s Barron Prize winners include those who are helping the homeless; promoting STEM education; protecting wildlife; inventing devices to benefit world health; and raising awareness and funds for important environmental issues, according to a media release.

Karina Samuel founded the Florida chapter of Bye Bye Plastic Bags, an international student-led nonprofit committed to reducing the amount of plastic on the planet.

Karun Kaushik created X-Check-MD, Artificial Intelligence (AI) software that can diagnose Covid-19 and pneumonia with 99% accuracy in under one minute.

Arsh Pal created Art by Arsh to share his love of painting and raise money for charities through sales of his artwork. He has raised more than $15,000 for organizations including St. Jude Children’s Research Hospital and the Make-A-Wish Foundation.

Reshma Kosaraju invented a way to use Artificial Intelligence (AI) to predict forest fires with nearly 90% accuracy. Her AI model can determine when and where forest fires are likely to occur.

“These outstanding young people saw a need and came up with creative solutions to help others and make a real difference,” says founder T. A. Barron.

“By honoring and supporting these young heroes and their amazing work, we hope to inspire even more youth to pursue their big dreams of changing the world.”