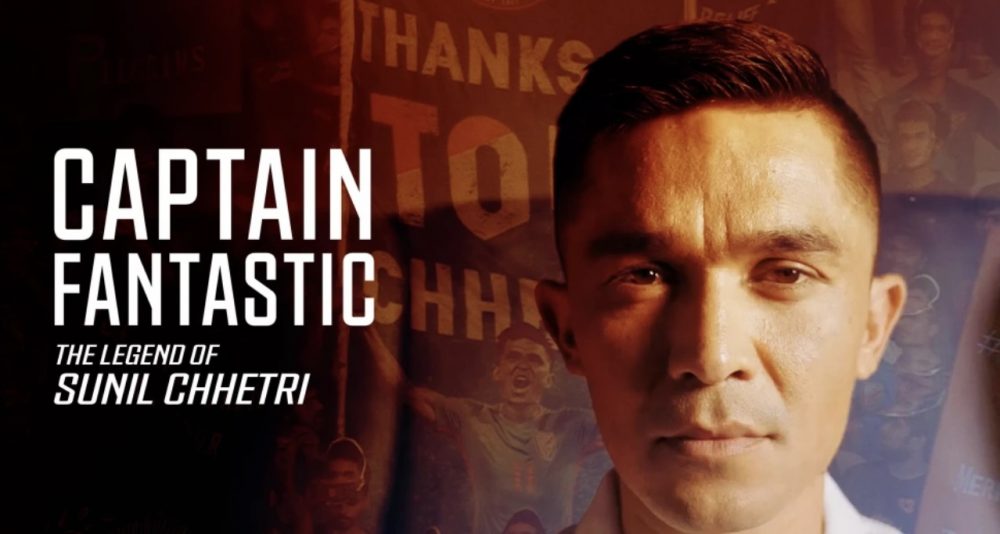 Directed by Delhi based film maker Misha Kumar, the three part series is an intimate portrait of the the 38-year-old who has scored the most goals for the Indian national team and won numerous awards, including the country’s highest sporting honor, the Khel Ratna Award.

“@FIFAWorldCup
You know all about Ronaldo and Messi, now get the definitive story of the third highest scoring active men’s international.
Sunil Chhetri | Captain Fantastic is available on FIFA+ now,” sport’s governing body announced on Twitter and Instagram.

Fans can watch the series at: https://www.fifa.com/fifaplus/en/watch/series/1ieRgLbXaPkBeRzZWbKYCo/4OC0gmDobIAJEBmvscvrPo/5ts0Ve3KyJEyIVNhl8ZnTf

India’s most-capped player Chhetri has 84 goals under his belt, only behind Cristiano Ronaldo of Portugal (117) and Lionel Messi of Argentina (90).

With interviews with his family, friends and mentors, the mini series tells the untold story of arguably India’s greatest football player who made his debut for India at age of 20.

Tracing Chhetri’s genesis both as a human being and as a footballer, “Kick Off,” the first episode of the series takes fans back to where it all started for India’s talismanic captain.

“This fly-on-the-wall saga unearths untold tales of the man – from his precocious pre-teen angst, to the first embers of his long romance with his future wife,” as the blurb puts it.

Close associates, loved ones, and footballing colleagues help tell the tale – apart from the man himself, the man affectionately dubbed, ‘Captain, Leader, Legend.’

“Mid-Game,” the second episode of the series follows Chhetri as he starts to perform wonders for his national team, and slowly becomes a fixture. Meanwhile, he pursues his big dream – to play professional football for a top-class overseas club. Triumphs and tribulations follow, as he sees some dreams fulfilled – and others broken.

“Extra Time,” the concluding third episode sees Sunil Chhetri cement his status as a national icon as he reaches the zenith of his professional career and his personal life.

Trophies pile up and records are shattered, as Chhetri’s notoriety and on-field performances inch upwards. “Chhetri’s ongoing ‘Last Act’ may prove to be the most successful and jaw-dropping of them all,” suggests the documentary.

This is Kumar’s second FIFA+ documentary on Indian football. The first one, ‘Maitanam’ — described as a 40-minute love letter to the game – released in May brought six gripping stories from the Indian state of Kerala.

Shining a light on the ‘beautiful game’ as played in India, Maitanam —Malayalam for ‘ground’ or, by extension, stadium — captured the Malayali passion for the sport across Kerala with breathtaking visuals and non linear free flowing narrative.