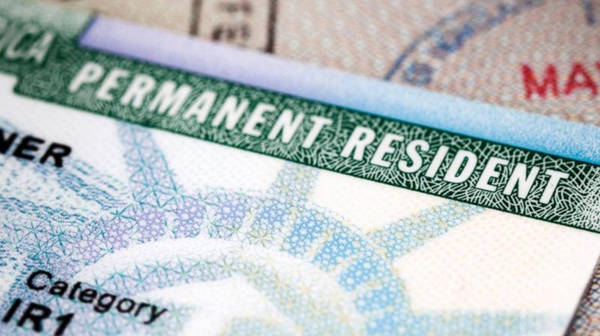 Tens of thousands of Indians stuck in decades long green card backlog may get a broader pathway to permanent residence under bills introduced by Democrats in the US House and the Senate.

The Renewing Immigration Provisions of the Immigration Act of 1929 would update the existing Registry statute so that an immigrant may qualify for lawful permanent resident status if they have lived in the US continuously for at least seven years.

Introduced in the Senate by Senator Alex Padilla on Sep 28, the bill is co-sponsored by Senators Elizabeth Warren, Ben Ray Luján, and Senate Majority Whip Dick Durbin, all Democrats.

The legislation would provide a much-needed pathway to a green card for up to 8 million people, including Dreamers, forcibly displaced citizens (TPS holders) and children of long-term visa holders who face deportation, essential workers, and highly skilled members of the US workforce such as H-1B visa holders who have been waiting years for a green card to become available, according to a press release.

If the undocumented individuals covered in this bill became citizens, they would contribute approximately $83 billion to the US economy annually and about $27 billion in taxes, it said citing FWD.us estimates.

Companion legislation has been introduced in the House of Representatives by Democratic Congresswoman Zoe Lofgren.

Read: US to address backlog of visa applications from Indians (September 28, 2022)

“Our outdated immigration system is hurting countless people and holding back America’s economy,” said Padilla. “My bill would update the Registry cutoff date for the first time in more than 35 years so that more immigrants can apply for legal permanent residence.

“This could have a profound impact on millions of immigrants, some who have been living, working, and contributing to the United States for decades, by allowing them to live freely without the fear of an uncertain future.”

“For decades, immigrants who contribute significantly to our communities and our economy have been relegated to a legal limbo,” said Lofgren, Chair of the House Subcommittee on Immigration.

“Updating this historically-bipartisan provision to provide lawful permanent resident status to immigrants who have been a part of our communities for years will make our immigration system fairer and our country stronger,” she said.

“Immigrants make crucial contributions to America, only to be met with a broken system that shuts the door on them,” said Warren. “Expanding the registry pathway to citizenship for those who lived here for years and are part of our communities will provide them with the stability and opportunity they deserve.”

“Our immigration system is deeply broken and has prevented many long-term US residents from earning citizenship from the country they now call home. We cannot rely on outdated immigration laws to address modern day immigration,” said Durbin.

“This legislation would allow immigrants to claim lawful permanent resident status after living in the US for seven years and demonstrating good moral character.

“Updating the existing Registry statute would give immigrants, who have been working and contributing to our country for nearly a decade, a sense of certainty and stability that everyone deserves,” he said.

Due to a 7% per country cap for green cards, the Indian diaspora is badly impacted. According to a recent study by Cato Institute, a Washington think-tank, the employment based green card backlog for skilled Indians had reached 719,000 in September 2021, with an expected wait time of 90 years.

Only about half of the Indian immigrants waiting in line will likely receive green cards under current law. Another roughly 90,000 children of immigrants—mainly Indians—will ‘age out’ of green card eligibility during their waits, the study estimates.