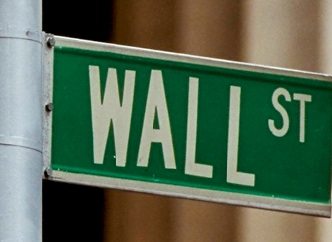 Five Indian American are on Business Insider’s list of ‘Rising Stars of Wall Street,’ 25 young professionals under 35 rising up despite the challenges and grasping opportunities as they see them.

As Wall Street navigates volatile markets, fewer deals, and plummeting company valuations, they are “on the runway to success,” as the business magazine puts it.

“Some up-and-comers are pushing their teams to the top of industry rankings, and many are immigrants climbing the ranks at major institutions infusing diverse ideas into their decision-making,” it says.

The five Indian American rising stars of Wall Street from in or around New York City, who “distinguished in some way from the pack” are: Akash Pradhan, Swati Rao, Naveen Shahani, Richesh Shah and Vinay Trivedi.

Pradhan joined the boutique-investment bank The Raine Group in 2011 “despite not knowing what the firm did because of The Raine Group’s focus on sports, media, and entertainment,” he told Insider.

The UC Berkeley graduate left Raine for TPG in 2013 and has been with the $127 billion private-equity firm ever since, aside from a stint at Harvard Business School to get his MBA.

Promoted to the role of principal in January 2022, Pradhan leads investments in software and enterprise technology, working across funds including TPG Capital, TPG Growth, and the impact-oriented sector of TPG, The Rise Fund.

Over the past five years, Pradhan has been involved in or helped lead deals that total roughly $3 billion in invested capital.

He was part of TPG’s investments in the software unicorns Nintex and Catalis. Nintex represents Pradhan’s interest in workflow automation, facilitating, for instance, automatic emails about benefits to new employees once they submit a signed offer letter.

Rao is a director within the banking, capital markets, and advisory division at Citi, focusing on deals mainly for companies handling transportation, logistics, and the supply chain.

In just the past year, she has been involved in trades and transactions worth more than $8 billion in total value, spanning tech, logistics, and transportation.

Rao, who relocated from India to the US about a decade ago, studied engineering but came to finance via an internship at Citi in 2012.

She’s gone on to work with clients including FedEx, UPS, Google, and other big names throughout her career in banking.

Shahani has spent the past eight-and-a-half years at Apollo Global Management and is currently a principal, working within the firm’s private-equity division.

A native of Long Island and the son of two entrepreneurs, Shahani told Insider he was drawn to private equity in part through the inspiration of seeing his father run multiple businesses, starting with a retail store in Manhattan in the 1980s.

Before working at Apollo, he worked in the financial-sponsors group of Credit Suisse.

As a director at PJT Partners, Shah “doesn’t preach the value of toiling late into the night unnecessarily,” Insider says.

He is part of the boutique bank’s structured-products team, which develops bespoke financing and capital solutions for big investors.

They’ve worked on a variety of projects for clients such as Blackstone, Yum! Brands, and Madison Square Garden.

He was part of the original team that spun out of Blackstone’s M&A group in 2015, forming PJT Partners.

During his time at Harvard studying computer science, Trivedi spent most of his free time building apps and “pretending I was the next Mark Zuckerberg,” he told Insider.

This passion for technology is what ultimately led him to the investment industry. He is now a vice president at General Atlantic focusing on the sector.

Since joining General Atlantic in 2019, he has been involved in several deals totaling $3.3 billion in invested capital.

He was also involved in General Atlantic’s deal-making with the biometric-security firm Clear Secure, from its initial 2019 investment to Clear’s June 2021 IPO.

He previously worked at Blackstone and SoftBank. Trivedi is on the advisory council for the think tank Center for Democracy and Technology, and noted that his interest in innovative technologies also extends to the impact they have on society, “whether that’s diversity issues, AI and job loss, or privacy.”