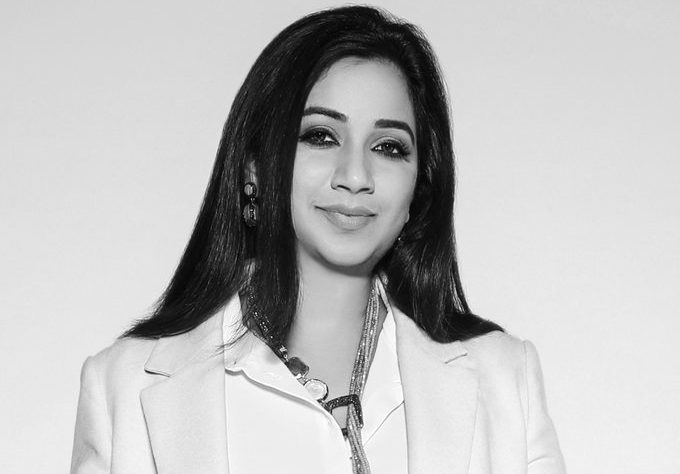 Bollywood singing sensation Shreya Ghoshal, is all set to entertain American audiences from East to West coast with her melodious and soulful singing and robust on-stage energy next month.

Ghoshal comes to the US for a seven-city tour across the country from November 4 to 19 in a fitting climax to her world tour to celebrate her 20 years in Bollywood, according to a press release.

“This US tour is very special for me as I am completing twenty years in Bollywood, and what a beautiful way to celebrate my journey with my fans,” she stated. “Coincidentally this is my first tour in the US after the unfortunate pandemic disruption. I am humbled to be a part of the concert and to be able to continue entertaining my fans.

“I always had an amazing experience performing for the warm crowd of US and I am quite excited to perform there after three long years,”
Ghoshal added.

US fans can expect a scintillating and energetic performance from the popular Bollywood songstress, according to organizers Intense Entertainment owned by Manish Sood and Deepa Shahani Sood, both Indian-born-US citizens.

With a beautiful versatile vocal range, Shreya will enthrall fans not only with her popular Bollywood hits but also with her famous love ballads, regional songs in different Indian languages, folk songs originating from different parts of India exhibiting the culture, raag-based songs and classical songs, the release said.

“They promise to be nights of coming together and enjoying their favorite singer’s enthralling performances for the Indian diaspora and Bollywood music lovers in the US,” it added.

“There is a certain excitement about attending a live concert and we can’t be happier bringing back the symphonious singer Shreya who has given us glorious music,” Manish Sood said.

“The idea behind the ‘Shreya Ghoshal US Tour’ is to celebrate her journey as well as it will be a tribute to legendary singer Lata Mangeshkar. We are ready to make new memories and cherish old ones on this tour.”

“This concert is a celebration of brilliant music and memories and will definitely be a great way to connect with music lovers across the world,” Sood said.

Earlier, Ghoshal will be on a 5-city Australia-New Zealand tour from Oct 7 to 16, in Ireland on Oct 29 and The Netherlands on Oct 30.