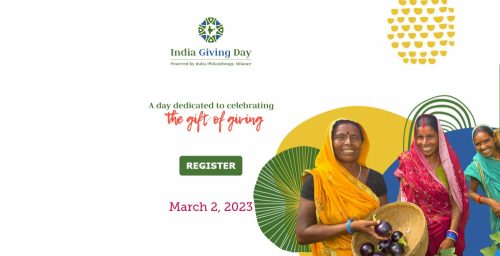 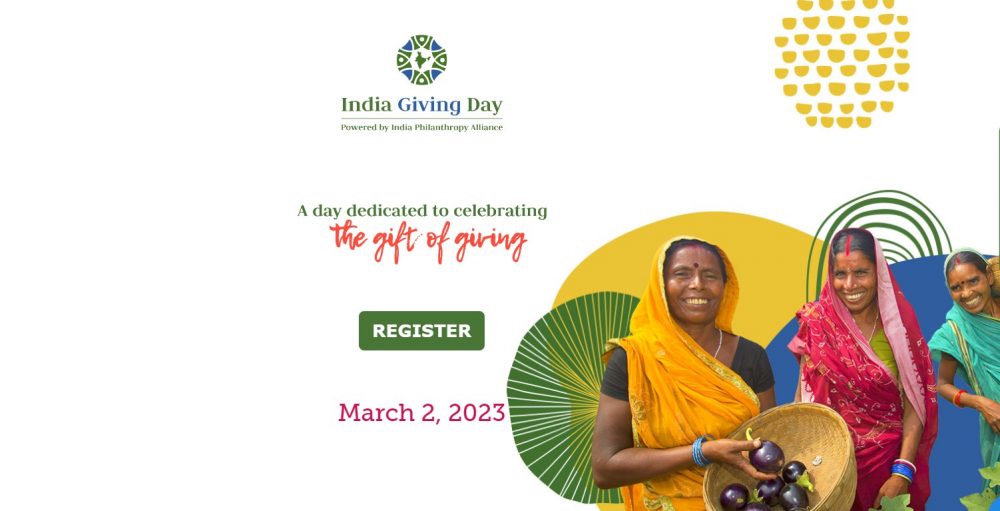 The India Philanthropy Alliance (IPA) has launched India Giving Day (IGD) to celebrate the gift of giving and the impact of philanthropy in India with the inaugural event on March 2, 2023.

The US-based coalition of 14 nonprofit, philanthropic, and charitable organizations that operate programs in India, announced the launch on Gandhi Jayanti, the annual celebration of Mahatma Gandhi’s Oct 2 birthday, and the formation of IPA three years ago.

“There is tremendous potential in having a special day of giving to benefit India,” says Sejal Desai, who is co-chairing this event. Desai previously worked with a community foundation whose giving day now raises more than $62 million annually for over 3000 nonprofit organizations.

“The Indian diaspora has been an active beneficiary of and contributor to the US economy,” she says. “As this population continues to thrive and grow, an energizing giving day that brings together the NGO and donor community in support of India would offer a meaningful way to make a difference.”

India is the world’s largest democracy and has made significant progress on social and environmental issues over the past 25 years. However, India and its 1.3 billion people still have many urgent and unmet needs including quality and inclusive education, equitable access to health care, clean water, and more, the release noted.

“It has been a thrill to be visiting India again after a brief hiatus and to witness the inspiring developments that are happening throughout the country,” says Manisha Bharti, Global Executive and CEO of Pratham USA.

“There are so many brilliant and compassionate people doing such extraordinary work. India Giving Day will be the perfect opportunity for us to support them with the resources they need to do more of it!”

Indian American philanthropy is expected to grow in the coming years from an estimated $1 billion currently to $3 billion annually.
IPA said it seeks to influence how quickly this growth takes place and the quality of giving that it translates into.

“India has come a long way since our independence, just 75 years ago. But there is so much more that is possible, if each of us is willing to do our part,” says Deepak Raj, Chairman of the India Philanthropy Alliance.

The inaugural India Giving Day (IGD) will be held on March 2, 2023, and annually thereafter. It will include an emphasis on volunteerism and engaging youth, young professionals, and second and third generation members of this vibrant community.

It will promote effective, thoughtful, and joyful giving to shape and accelerate the envisaged growth in Indian- American philanthropy. Related activities will be held in the 10 days before IGD.

Alex Counts, director of the Alliance, called on all those who have a connection to India to get involved.

“Mark your calendars for March 2, 2023,” says Alex. “Your involvement will translate into meaningful impact on the ground in India. By actively taking part in the campaign, you are helping galvanize more resources that will improve the lives of millions of people in need.”

IPA encouraged nonprofit organizations to apply to be a part of the India Giving Day by visiting www.indiagivingday.org

A matching fund of $100,000 has been raised to benefit participating nonprofits, and the campaign expects that amount to grow significantly in the months ahead and other philanthropic entities are keen to support the initiative.