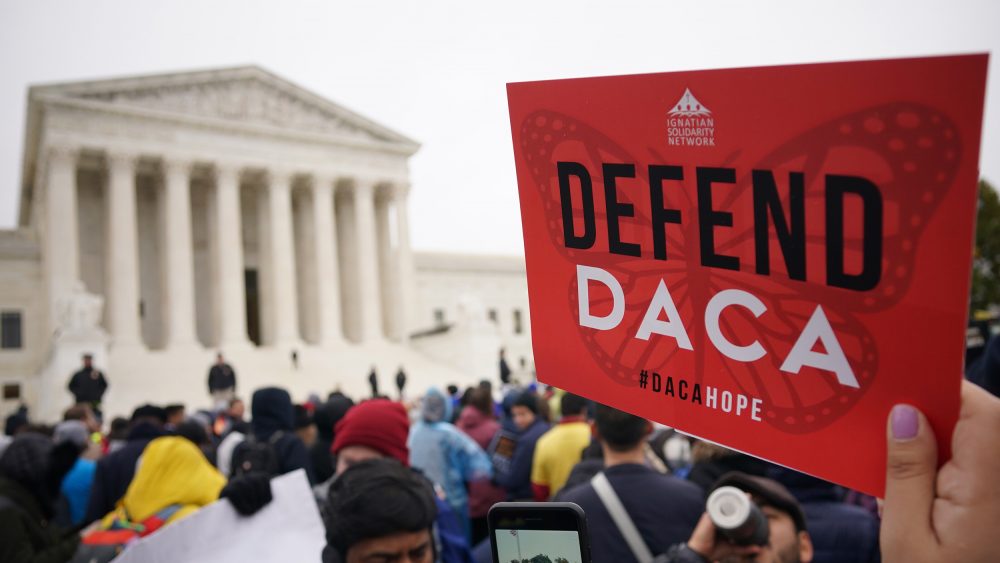 Chanting “home is here” outside the US Capitol building Thursday, dozens of ‘Dreamers’ and their supporters demanded action as a federal appeals court held a law that protects them from deportation as unlawful.

US Capitol police arrested 13 demonstrators protesting in support of Obama era Deferred Action for Childhood Arrivals (DACA) program which shields hundreds of thousands of people including 5,000 South Asians brought to the US as children.

The protest on Thursday came just hours after a federal appeals court largely upheld a district court ruling finding DACA unlawful but sent the case back to the lower court to decide the legality of a new rule fortifying the program.

There are more than 611,000 immigrants enrolled in the DACA program created in 2012, according to US Citizenship and Immigration Services. Wednesday’s ruling will not affect those currently in the program, but it will continue to block new applications.

Judge Andrew Hanen, of the Southern District of Texas, ruled in July 2021 that DACA was unlawful and blocked the government from approving new applications for the program.

Hanen’s order, however, allowed the program to continue for current enrollees while the case is litigated. The appeals court preserved the stay in its ruling Wednesday.

“We also recognize that DACA has had profound significance to recipients and many others in the ten years since its adoption. Given the ‘uncertainty of final disposition’ and the ‘inevitable disruption that would arise from a lack of continuity and stability,’ we preserve the stay as to existing recipients,” the ruling reads.

The Biden administration released a rule in August to “preserve and fortify” the DACA program, largely maintaining the criteria for the program. The federal appeals court acknowledged the new regulation in its ruling, saying the lower court should consider it.

In a statement, President Joe Biden said he was “disappointed” with the ruling, calling the decision “the result of continued efforts by Republican state officials to strip DACA recipients of the protections and work authorization that many have now held for over a decade.”

“The court’s stay provides a temporary reprieve for DACA recipients but one thing remains clear: the lives of Dreamers remain in limbo,” he said stressing his administration’s commitment to defending “Dreamers,” but called upon Congress to take action.

“While we will use the tools we have to allow Dreamers to live and work in the only country they know as home, it is long past time for Congress to pass permanent protections for Dreamers, including a pathway to citizenship,” he stated.