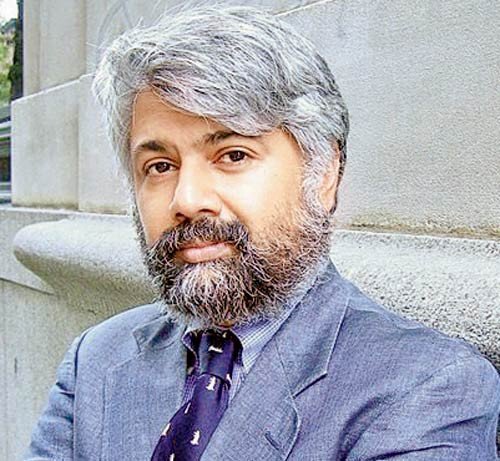 The British-Indian writer says “Indians/Hindutva ideologues who call for religious violence, discrimination or worse” should not “ever get a US visa.”

Tunku Varadarajan, a British Indian columnist based in the United States, sought the imposition of the Magnitsky Act Sunday on hardline Hindutva ideologues in India who “who call for religious violence [against minorities], discrimination or worse.”

The Act, which came into effect on December 14, 2012, initially aimed at punishing Russian officials responsible for the death of Russian tax lawyer Sergei Magnitsky in a Moscow prison in 2009, with sanctions including denial of US visa, besides freezing of their assets.

Over a period of time, the Act has authorized the U.S. government to sanction foreign government officials worldwide who are deemed to be human rights offenders, freeze their assets, and ban them from entering the U.S. under the Immigration and Nationality Act, denying them visas.

In 2009, Russian tax lawyer Sergei Magnitsky who probed a $230 million fraud involving Russian tax officials died in a Moscow prison after he was reportedly tortured and denied medical treatment.

His friend Bill Browder, an American-born businessman publicized the case after the collapse of the Soviet Union, and went on to lobby for the legislation to impose sanctions on culprits in the scam. Finally, the law was signed by President Barack Obama on December 14, 2012, and in April 2013, the Obama administration made public a list of 18 individuals sanctioned under the Act.

In 2016, Congress enacted the Global Magnitsky Human Rights Accountability Act, widening the scope of the earlier to impose sanctions on foreign government officials implicated in human rights abuses anywhere in the world. This encompassed corrupt rulers in Africa, Latin America, China and even in Saudi Arabia.

Varadarajan, a contributing writer for the Wall Street Journal, in his sensational tweet on Sunday, said: “We need to organize a kind of ‘Magnitsky’ sanction for Indians/Hindutva ideologues who call for religious violence, discrimination or worse. At the very least, let none of them ever get a US visa.”

We need to organise a kind of "Magnitsky" sanction for Indians/Hindutva ideologues who call for religious violence, discrimination or worse. At the very least, let none of them ever get a US visa.

The columnist’s tweet came in response to a speech by a Bharatiya Janata Party (BJP) MP calling for an economic boycott of Muslims.

In a previous tweet, Varadarajan wrote: “He says ‘If you want to fix [Muslims] there’s only 1 solution. Total boycott. We won’t eat at their restaurants or buy from their shops. We won’t give them jobs.’ He is Parvesh Sahib Singh Verma”

In another tweet, Varadarajan, who is also a fellow at Stanford University’ Hoover Institution and nonresident fellow at the American Enterprise Institute, called Verma a “Saffron brownshirt.”

Soon, social media was divided over his sanctions call and its relevance.

Such sanctions are not alien to India.

In 2005, then-Chief Minister of Gujarat Narendra Modi (now Prime Minister) was denied a diplomatic visa to the United States and even his B-1/B-2 (tourist/business visa) that had previously been granted was revoked, under a section of the Immigration and Nationality Act which makes any foreign government official who was responsible or “directly carried out, at any time, particularly severe violations of religious freedom” ineligible for the visa.

Modi is the only person ever denied a visa to the U.S. under this provision until it was revoked in 2014, when he emerged victorious in parliamentary elections to become the Prime Minister of India. Soon after the election result, the U.S. President Barack Obama called Modi to congratulate and invite him to visit the White House, revoking all the sanctions.

Now that the debate on imposition of the Magnitsky Act on hardline Hindutva campaigners has been kicked off by an influential columnist of Indian descent, the weightage it carries is unlikely to subside despite strong opposition emanating in India.

Delh-born Varadarajan has been a strong critic of the government of Prime Minister Narendra Modi for a number of years.