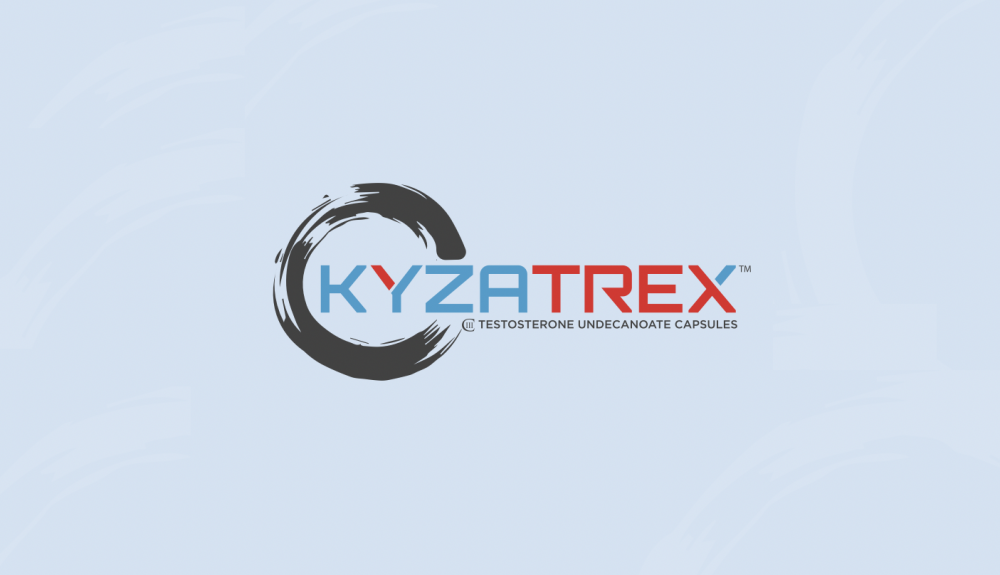 Kyzatrex could be a potential blockbuster to treat testosterone deficiency, a severely undertreated disease.

Testosterone has been historically perceived as a lifestyle issue for men who want to improve their sex lives, or those avid gym-goers who want to experience massive muscle gains. There has been extensive research on hormonal imbalance and the significant downstream impact it has on human organs and processes.

Testosterone deficiency, or hypogonadism, is a disease where a man’s body does not produce sufficient testosterone levels. Usually, it is treated with testosterone replacement therapy, which replaces the testosterone that has been lost and returns levels to normal.

Now a new prescription drug, developed and manufactured by the Raleigh, NC, based Marius Pharmaceuticals, has been approved by the U.S. Food and Drug Administration to treat adult men who have low or no testosterone levels due to certain medical conditions. Marius, a specialty pharmaceutical company, is founded by Indian American Himanshu H. Shah.

Traditionally, testosterone replacement therapy consisted of testosterone patches, gels, pellets, and injections. The new drug, Kyzatrex, which received the FDA approval in July 2022, is an oral medicine. It is found to be effective in treating men who are symptomatic and show low testosterone levels below 300 nanograms per deciliter (ng/dL). A nanogram is one-billionth of a gram and a deciliter is 1/10 of a liter. Testosterone is measured through blood tests. According to WebMD, “most doctors agree that a ‘normal’ reading falls anywhere between 300 to 1,000 nanograms per deciliter (ng/dL).

Kyzatrex, which comes in dosage strengths of 100 mg, 150 mg and 200 mg, can be taken twice a day with food. It will be available in all states across the United States, beginning October 15, 2022.

In an interview with The American Bazaar last week, Shah, who is the Executive Chairman of Marius, cited several advantages of Kyzatrex. Since the capsule is absorbed via the lymphatic system, bypassing the liver, it avoids liver toxicity and liver damage, he said. “The oral delivery method eliminates the risk of application site reactions common with intramuscular injections,” Shah said. “Kyzatrex also eliminates any risk of transference to women or children that can occur with topical testosterone gels and creams. Kyzatrex’s daily dosing more closely mimics the daily rhythm of natural testosterone production compared to long-acting therapies.”

Shah, who is also the managing general partner of Shah Capital Opportunity Fund, spoke about the need to dispel misconceptions about testosterone and testosterone therapy. Even though it is a true medical blind spot — with its immense potential to reduce downstream diseases — many physicians are hesitant to prescribe testosterone therapy over debunked claims that it causes prostate cancer and cardiovascular risks, he said.

Shah touted the huge potential for Kyzatrex in the market, given the size of the population affected by testosterone deficiency and the upside of the testosterone treatment. He said he expects the drug to outsell Viagra in the long term. “Viagra treats only one condition, while Kyzatrex could treat so many more,” he said.

The FDA approval for the drug came after 13 years of clinical studies, including the Phase 3 trials, conducted in 35 sites across the United States. Men from various demographics, including African Americans, Asian Americans and Hispanics, were part of the studies. In the first Phase 3 study, which lasted 12 months, there were 314 total subjects. The second Phase 3 study was approximately nine months in duration and had 155 subjects. The most common side effect of the drug in clinical trials was hypertension, which occurred in only 2.6 percent of subjects.

Patients can sign up for the medication by visiting the virtual health platform BaseHealthcare.com, which does comprehensive lab work and provides a telehealth visit with a clinician. Alternatively, Kyzatrex can be prescribed by an existing physician and ordered through the website www.Kyzatrexdirect.com with medication shipped directly to the patient’s home upon launch. “BaseHealthcare.com is a men’s virtual health platform focusing on foundational health and optimization using testosterone and patient-centered health coaching,” Shah said.