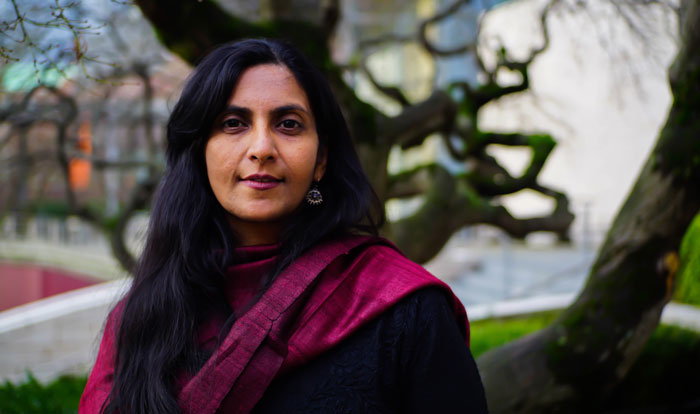 Sawant, 49, wrote in a letter that the Seattle Police Department has failed to properly investigate six incidents in which bags of human excrement have been thrown on the lawn of her private residence.

“As a socialist City Councilmember who has participated in Black Lives Matter protests, I am being told that my case of six threatening incidents involving human excrement doesn’t merit even a serious investigation, let alone protection,” she wrote to city officials last week.

One of the incidents was accompanied by a threatening email sent to Sawant’s office, in which someone called her “the queen of s–t” and invited her to “sit on your throne of human excrement,” according to the KCPQ-TV.

“The material used in these repeated attacks is classified as biohazardous waste. The police informed me the material can’t be sent to their lab for further investigation due to its hazardous nature,” she wrote, according to the Seattle Times.

“That seems quite odd considering that hospital labs do tests on human fecal matter all the time, but it does speak to the danger of having it repeatedly thrown in one’s yard,” Sawant added, noting she had to call poison control on one instance after her dogs got into the bag of waste.

“Most concerning is the very high likelihood that this extreme and hostile behavior is politically motivated, and could turn into more serious and dangerous harassment,” she wrote, noting past threats made against her.

According to Sawant, the police have failed to seriously investigate the incidents reported by her and her husband, including ignoring two witnesses, refusing to test the fecal matter, not taking video evidence collected by a neighbor.

Sawant, a self-described “activist, organizer, and socialist,” claimed that when her husband informed the police about the fourth attack on Oct 8, they responded, “What do you expect us to do?” and did not open an investigation.

She also said cops refused to put a police detail in front of her house for protection, the TV station reported.

“There is obviously a glaring inconsistency between this approach and the way in which former Mayor [Jenny] Durkan, after a peaceful Black Lives Matter protest was held a short distance from her mansion, was provided with a 24-hour stakeout for a full year,” Sawant wrote.

Police released a picture of the feces flinging suspect on Oct 20 and said they were taking the investigation “seriously.”

Police called on the public to help them track down the poop-tossing suspect in an Oct 20 blotter post that identified the victim as a politician, but left out her name.

“Friends of the victim were watching the home when the suspect threw a plastic bag, containing several individual bags of suspected human feces, into the yard,” the post read.

Read: Somebody is throwing bags of poop in Kshama Sawant’s yard and SPD reportedly doesn’t give a shit (October 19, 2022)

Sawant claimed that police tipped off “right-wing outlets,” including the police-run website Law Order, about the attacks and implied they were “justified,” the Fox affiliate reported.

She blamed Seattle’s “Democratic Party establishment” for supporting the department’s purported apathy and said she was filing a complaint with the Office of Police Accountability.