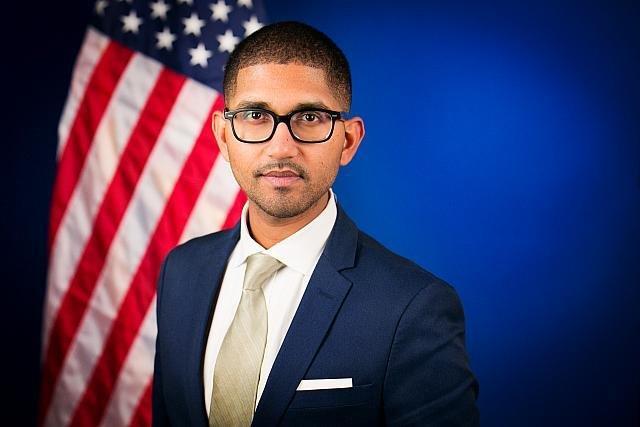 Aiyer was the Deputy Director in American Civil Liberties Union, where he oversaw economic justice and gender justice campaigns in the National Political Advocacy Department.

During the Obama Administration, Aiyer served as Senior Policy Advisor in the White House for innovation and manufacturing policy, and as the Chief of Staff to the Under Secretary of Commerce for Intellectual Property.

After leaving the administration, Aiyer built and led the public policy and strategic communications practice for the tech startup, Postmates, up through its $2.6 billion acquisition by Uber.

In 2015, he was named to Forbes’ 30 under 30 for Law and Policy for his work as the deputy chief of staff for the undersecretary of commerce for intellectual property and his work with the US Patent and Trademark Office.

In 2017, Aiyer was named a Public Policy Fellow at the University of Pennsylvania’s Wharton School of Business. And in 2021, the San Francisco Business Times named him to their annual 40 under 40 list.

Aiyer has been fascinated by politics since he was a student at Mission San Jose High School, according to Forbes.

He has worked on communications strategies for campaigns, federal agencies and trade associations including the US Department of State, the White House Initiative on Asian Americans & Pacific Islanders and the National Education Association.

He interned with US Senator Ed Markey and served as a communications advisor to then Washington, DC Mayor Adrian Fenty.

Born in Southern California, Aiyer has bachelor’s degree in political science from University of California at Berkeley.

He currently lives in San Francisco, where he serves as an advisor to former Stockton Mayor Michael Tubbs on eradicating poverty in California, and as a Commissioner for Mayor London Breed’s Workforce Investment Board.