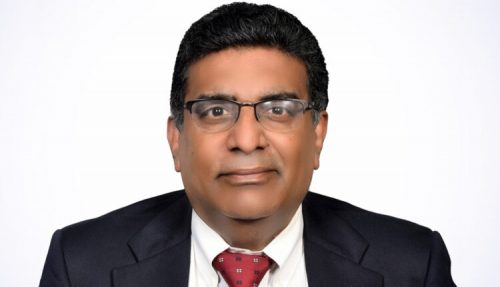 Getting a flat tire is always bothersome. In a war zone, it can be deadly. While special operations Tactical Vehicles have been loaded with extra armor to protect troops in Iraq, Syria and Afghanistan, the tires remain vulnerable to attacks by improvised explosive devices (IED).

A unique carbon fiber multiple hoop tire design by American Engineering Group (AEG) founded by an Indian American may be the key to a new Zero Pressure Tire that could keep military vehicles running after an attack.

The award recognizes engineering product development team for top performance in the field of innovation & technology was presented at SOF Industry Conference in Tampa Florida recently. The Team award is selected based on achievements and contributions to the overall goal of United States Special Operations Command (USSOCOM).

“It’s an honor to receive this award on behalf of American Engineering Group(AEG) along with team of SOF technologists for the Light Tactical Vehicle Team,” said Kerala born Abraham Pannikottu, Founder and Operations Manager.  “AEG work tirelessly every day to provide our SOF warriors with the very best, most effective technology to do their job.”

The main objective of the project “Improved Tire Technology for Special Operations Vehicles” was to develop a true off-road ballistic tire that could provide high off-road mobility and also provide improved tire survivability against terrain and ballistic threats.

Though military vehicle tires are now equipped with run-flat inserts, SOF wants to upgrade to a tire that’s better at carrying heavier loads, has reduced tire weight, and can move soldiers out of harm’s way.

Zero pressure tires have been around for a long time, with major drawbacks such as bumpy rides and overheating. The AEG prototype dissipates heat and has the tire flexibility and strength to support the heavy military pick-up weight while providing a relatively smooth ride.

Though military vehicles outfitted with “run-flat” tires are supposed to travel at least 30 mph for 30 miles (the minimum SOF requirement), field performance of current run-flat tires hit by roadside bombs were reported to be much lower than this minimum requirement.

The new AEG Zero Pressure Tire will withstand a minimum of 50 mph speeds more than 60 miles once it’s punctured based on results from Phase II. “This level of load carrying capability and survivability surprised even me” says Dr. Jon Gerhardt, Technical Director of AEG.