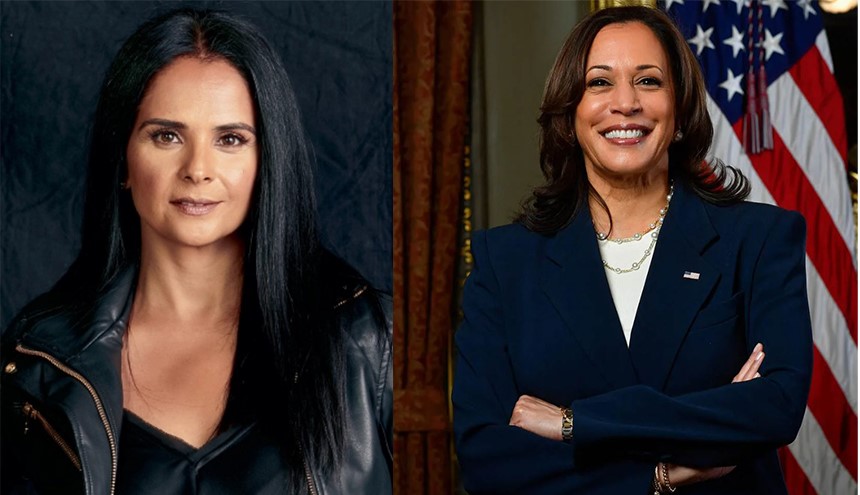 Vice President Kamala Harris and Bela Bajaria, Head Of Global TV, Netflix are the only two Indian Americans in the 19th annual Forbes list of the World’s 100 Most Powerful Women.

American women suffered the greatest reversal of rights in the two decades of the list when the Supreme Court limited the right to an abortion. In reaction, female voters energized US midterm elections, Forbes noted.

Determined by four main metrics: money, media, impact and spheres of influence, the list has 39 CEOs; 10 heads of state; and 11 billionaires worth a combined $115 billion.

Harris, ranked third on the list, became the first woman, the first Black person, and the first South Asian-American to become US vice president on January 20, 2021, Forbes noted.

She’s no stranger to firsts: In 2016, Harris was the first Indian-American woman to be elected to the United States Senate. And in 2010, Harris became the first African-American and first woman to serve as California’s attorney general.

A California native, Harris was born in Oakland to immigrant parents (her mom was from India and her dad was from Jamaica). As a Howard University alumna, Harris is the first graduate of a historically Black college or university to hold the vice presidency.

Bela Bajaria, who was named the head of Global TV for Netflix in 2020 is ranked 70 on the list. The role puts her in charge of all of the streamer’s scripted and unscripted series around the world.

She is responsible for hits including including Bridgerton, The Queen’s Gambit, Lupin and Cobra Kai. Before joining Netflix in 2016, Bajaria was president of Universal Television. There she made history as the first woman of color to oversee a studio.

Bajaria was named to TIME’s 100 Most Influential People list in 2022. “Bela is helping create the future of television,” actor and producer Mindy Kaling wrote for the package.

She was born in London and spent her earliest years in Britain and Zambia. Her family moved to Los Angeles when she was 8.

Before her career in politics, Sitharaman held roles at the UK-based Agricultural Engineers Association and BBC World Service. She has also served as a member of the National Commission for Women.