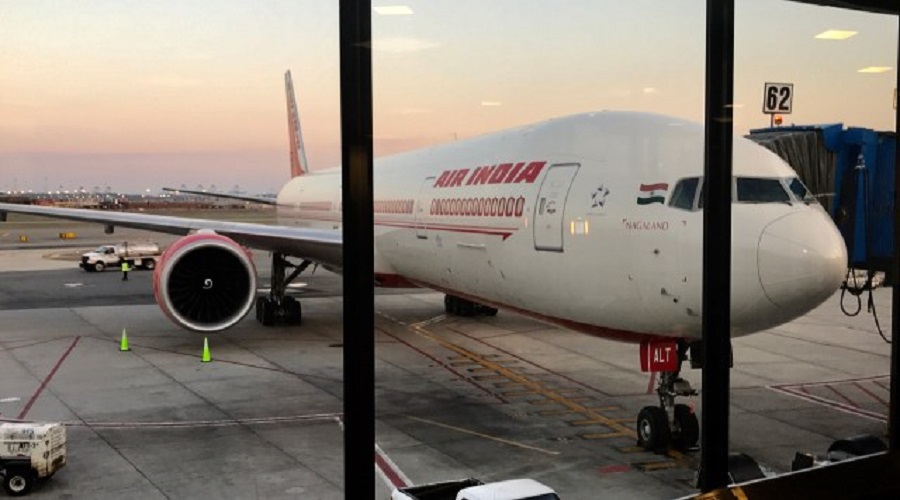 This new flight is in line with Air India’s vision to enhance its global footprint and provide the highest levels of service and convenience to its customers. Air India continues to develop Mumbai as an important hub for international as well as domestic traffic, according to an Air India press release.

The launch of the Mumbai-San Francisco route will be followed by Mumbai-New York City (JFK), Mumbai-Frankfurt, and Mumbai-Paris. Additional domestic flights originating from Mumbai will also be added.

The flight will operate three times a week on Tuesdays, Thursdays, and Saturdays with the newly- inducted Boeing 777-200LR aircraft. This will take Air India’s India-US frequency to 40 non-stop flights per week.

The flight witnessed a grand launch with the auspicious lamp-lighting ceremony followed by cake cutting and ribbon cutting in the presence of officials and two senior-most citizens on the flight.

Campbell Wilson, CEO & MD, Air India, handed over the boarding pass to the first passenger to have checked in, at the Boarding Gate of Chhatrapati Shivaji Maharaj International Airport, Mumbai.

Speaking on the new flight launch, Scindia said, “Today is a historic day for Maharashtra, India, and Air India. The Civil Aviation sector in India is on the cusp of transformation, and India is the third largest civil aviation market in the world with a growth of 10.6% CAGR in the last ten years.”

“Air India has played a significant role in the sector’s transformation in the past and will continue to contribute to the growth of the industry. With Air India’s legacy, culture, and vision, the airline will take Indian Civil Aviation to newer heights,” he said.

Shinde said, “Today is a great moment for the people of Maharashtra, as Air India bridges the distance between Maharashtra and San Francisco.”

“The government is focused to boost the civil aviation sector, and build many more airports, and helipads in other parts of Maharashtra,” he said. “I appreciate Air India launching its service from Mumbai and eagerly await the launch of their other locations from the city.”

“The non-stop flight between India’s financial capital and Silicon Valley is a step towards achieving enhanced customer experience. With the launch of this route, we will have a weekly availability of 40 non-stop flights that will bolster India’s connectivity with the USA.”

The passengers on the inaugural flight from Mumbai to San Francisco were treated to a specially curated goodie bag by Air India, according to the release.

For more information, passengers can log on to: www.airindia.in, visit AI booking offices or contact their travel agent.