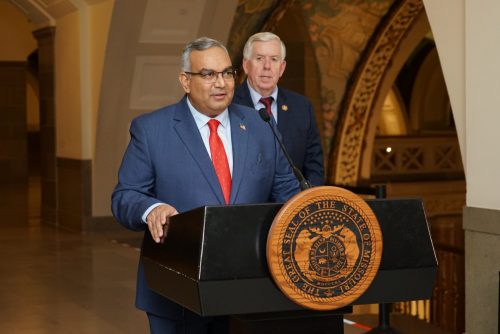 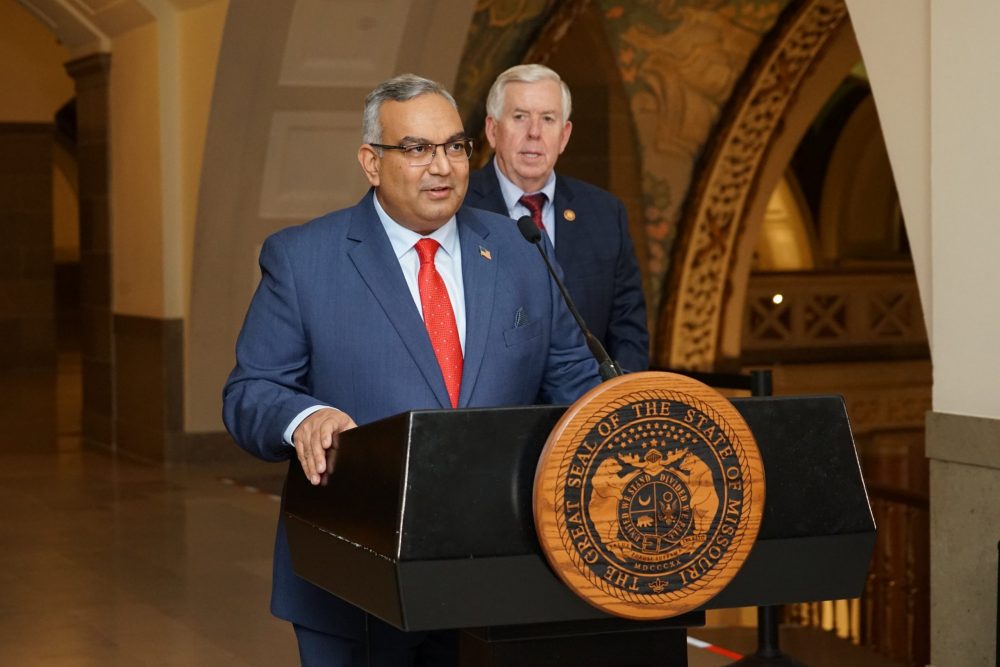 Malek, 45, from the St. Louis suburb of Wildwood, will replace fellow Republican Treasurer Scott Fitzpatrick, who has been elected state auditor.

“Vivek’s story is inspiring proof that the American Dream can and will live on for the next generation of Missourians,” Parson said in a statement.

“President (Ronald) Reagan once said immigrants are one of greatest sources of American greatness, and both Vivek and I agree. Through our shared values, Vivek helps legal immigrants embrace our nation and achieve their American Dreams too,” he said.

“Over the years, I have come to know Vivek as an accomplished attorney, successful business owner, proud husband, and father, and someone who truly embodies the American dream,” he added.

Parson praised Malek’s style of working. “The people’s money is in good hands with Vivek. He understands the incredible responsibility and privilege it is to serve the people of Missouri and appreciates the importance of true public service,” he tweeted.

“It is my honour of life to be able to serve as the next State Treasurer of the state of Missouri, and I promise to give the job and the people of Missouri all and best,” Malek stated.

“Times have been tough lately,” he said. “Missouri needs a steady conservative hand in the Office of Treasurer, and I will work every day to make sure taxpayers’ money is invested wisely.”

Malek, who has three children, said he would give his best to the people of Missouri. He later told reporters he plans to run for a full term as treasurer in 2024.

Malek moved from the city of Rohtak in northern India to what’s called Missouri’s Bootheel in 2002 to get his master’s degree in business administration from Southeast Missouri State University.

Malek who holds a bachelor’s degree from Maharshi Dayanand University in Rohtak, began practicing law in Missouri in 2006 and opened a law firm in 2011, according to the Governor’s Office.

Parson appointed Malek to the Southeast Missouri State University Board of Governors in 2020. He’ll resign before he is sworn in as treasurer, according to the Governor’s Office.

He was awarded the Minority Business Leader Award by the St Loui Business Journal in 2010, earned the Up and Coming lawyers Award by Missouri Lawyers Media in 2010, and was recognised as Top 30 under 30 by Business Today magazine in 2007, among other awards and recognition.