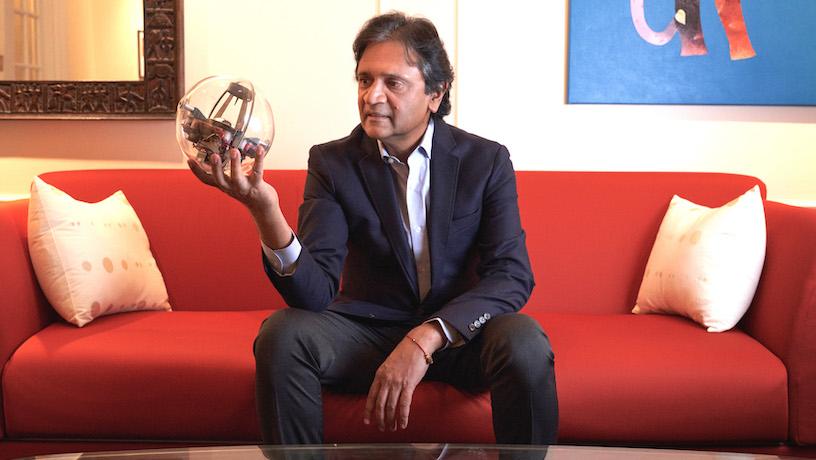 Shree K Nayar, an Indian American professor at Columbia Engineering, has been awarded the prestigious Okawa Prize from the Okawa Foundation of Japan for his seminal work on computer vision and computational imaging.

Nayar, the T C Chang Professor of Computer Science, is being recognized for “the invention of innovative imaging techniques and their widespread use in digital photography and computer vision.”

He will receive the prize at a ceremony to be held in Tokyo, Japan, in March 2023, according to a Columbia Engineering press release.

“I am grateful to the Okawa Foundation for this honor,” said Nayar, who directs Columbia’s Computational Imaging and Vision Laboratory. “Over the last three decades, I have had many close and productive collaborations with Japanese researchers and companies.”

“These have enabled my laboratory to translate our results into imaging technologies that are currently being used in consumer devices and factory automation systems.”

“These collaborations have led to personal and professional relationships with a number of gifted researchers in Japan that have had special meaning to me,” Nayar added.

Nayar’s work has changed the way visual information is captured and used by both machines and humans, the release said.

In the mid-1990s, he pioneered the field of computational imaging, which combines unconventional optics with advanced image processing algorithms to produce immersive and interactive visual information.

Based on this paradigm, Nayar and his collaborators developed novel cameras for omnidirectional imaging, depth imaging, giga-pixel imaging, and high-dynamic-range imaging.

Nayar’s idea of creating assorted pixels for high-dynamic-range (HDR) imaging has enabled smartphone cameras to leapfrog in terms of the quality of the photos they capture.

It is estimated that more than one billion smartphone users worldwide are using his technology on a daily basis. In 2017, Popular Photography magazine published a profile of Nayar in which he was credited for “transforming the camera in your pocket.”

A second major focus of Nayar’s work is to understand how light interacts with the physical world. His models for surface reflection, interreflection, texture, and atmospheric scattering are used by both researchers and practitioners in computer vision, graphics, and other fields.

As commendation for the impact of his inventions on digital imaging and machine vision, he received the NTT Distinguished Scientific Award in 1994, the Sony Appreciation Honor in 2014, the IEEE PAMI Distinguished Researcher Award in 2019, and the Funai Achievement Award in 2021.

Nayar has also been honored for his talents as an educator—he received the Great Teacher Award from Columbia University in 2006 and the Distinguished Faculty Teaching Award from the Columbia Engineering Alumni Association in 2015.

In 2021, he released his lecture series on the “First Principles of Computer Vision” on YouTube where it has received millions of views from students around the globe.

Before, Nayar two other Indian American scientists have received the Okawa Prize. They are: Raj Reddy, a AI pioneer and the founder of The Robotics Institute at Carnegie Mellon University and Dr. J. K. Aggarwal, Cullen Trust for Higher Education Endowed Professorship in Engineering, University of Texas at Austin.

The Okawa Prize is endowed by the Okawa Foundation and “is intended to pay tribute to and make public recognition of persons who have made outstanding contributions to the research, technological development, and business in the information and telecommunications fields, internationally.”

Since 1996, the prize is given each year to one Japanese and one international researcher. The Japanese recipient of the 2022 prize is Dr. Chieko Asakawa, an IBM Fellow who is being recognized for her work on accessibility.