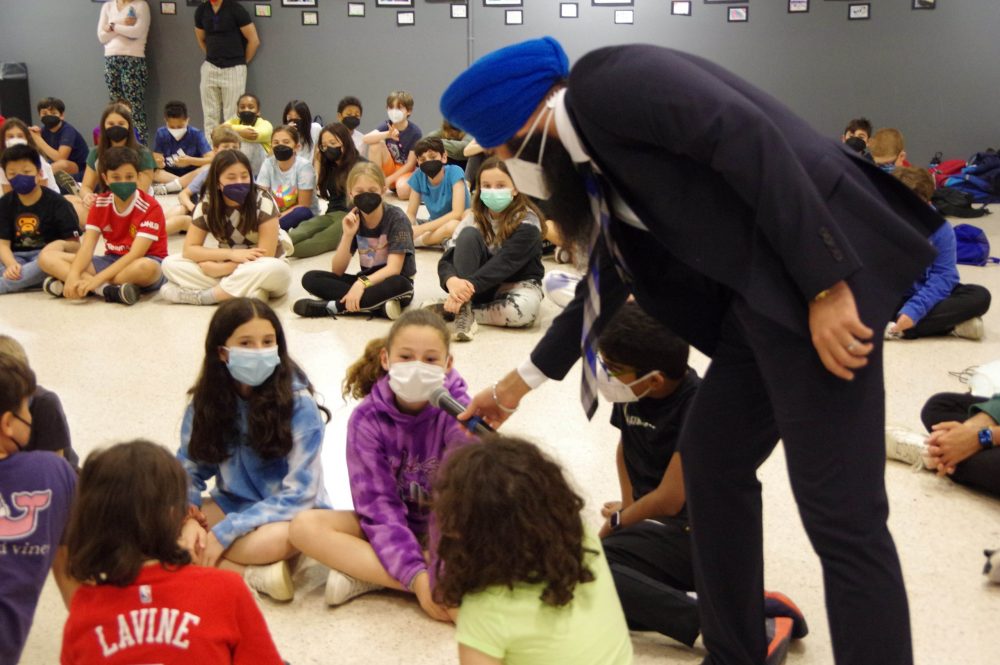 “The more students learn about different faiths, cultures, and backgrounds,” there will be less bigotry, racism, and discrimination, Harman Singh says.

Lately, education leaders across the United States have been addressing the issue of lack of representation and study materials in public schools nationwide. In recent years, a number of states have begun teaching children about minority faiths such as Sikhism, thanks to advocacy by the civil rights group Sikh Coalition. Recently, two more states included Sikhi in their social studies curriculum. New Jersey was the first state to do so in 2009. Today, 16 states have Sikh studies in their school syllabus.

Read: 24 million students can now learn about Sikh faith in US schools (December 21, 2022)

The American Bazaar spoke with Harman Singh, the Senior Education Manager at Sikh Coalition, on the need to have inclusive education in public schools.  Here are the excerpts:

American Bazaar: A recent survey conducted at a Texas University found that Indian Americans face prejudice in school as early as their preschool years. Even though the survey sample size was small, it reveals that the problem of racial prejudice may be more ingrained than we think. What are your observations, as someone associated with academia and students for so long?

Harman Singh: We absolutely believe that school bullying is a significant problem for the Sikh community. The Sikh Coalition’s 2014 report, entitled “Go Home, Terrorist,” found that 50 percent of Sikh children experienced bullying; that number jumped to 66 percent for those who kept visible articles of faith like turbans or patkas. Both stats are well above the national average. The sad reality is that bigotry among the adult population doesn’t appear in a vacuum — it has to start somewhere, and sometimes we see it emerging in classrooms and schoolyards.


How and why do you feel academic inclusion is the best way to combat cultural bias and racism?

The more students learn about different faiths, cultures, and backgrounds, the less room there is for the fear and ignorance that can breed bigotry, racism, and discrimination. We believe that more inclusive curricula and classroom material can therefore lead to less bullying of students who might otherwise be considered “different” or “other,” based on their backgrounds. It also has the great side benefit of making for a more holistic and well-rounded education for all students — better preparing them to be citizens in a multicultural country and a globalized world.

Tell us more about including Sikhism in public schools. When and why did you feel the need for this? Also, would you have any figures on what percentage of American school kids may be of Sikh faith? And is there enough representation for them?

The Sikh Coalition’s first state standards victory came back in 2009, when the New Jersey Board of Education voted to include Sikhi alongside other world religions in their social studies standards. Since then, we have seen similar moves towards inclusion in 15 additional states. Each of these victories takes different kinds of work, because every state updates their standards in its own unique way and on its own timeline. In general, however, we find ourselves employing several strategies to help local sangats advocate for their own inclusion: writing letters to state boards of education with specific recommendations for where to include Sikhi in standards drafts, helping community members submit public comments or testify at meetings, enlisting academics to help explain the value of Sikh inclusion, and working alongside partner organizations, elected officials, and anyone else who is willing to help amplify Sikh voices.

Unfortunately, we don’t have a good sense of how many Sikh children there are in American schools. Our traditional estimate is that there are roughly 500,000 Sikhs throughout the United States.

What are the other challenges Sikh kids could face? Is not having mainstream role models, lack of books, learning resources, toys featuring Sikh heroes a challenge too? Do you have plans to look in that direction?

Fighting to ensure that Sikhi is included in state standards is just one part of a larger effort to raise Sikh awareness at a generational level in this country. Actually, getting Sikhi into classrooms takes direct engagement with educators and parents. To reach educators, we conduct Sikh awareness presentations and other professional development work. To support parents, we produce, curate, and share a wide range of resources they can use to engage their children’s teachers: books by Sikh authors, discussion guides for those books, lesson plans, articles and videos that can be used in instruction, and so much more. And you are absolutely right that other efforts — making sure Sikhs are represented in popular culture, pushing for recognition of community members who can be role models for youth, and furthering Sikh civic engagement to ensure we have a voice in our political system — are all important as well.

What would you say about the American public school social studies curriculum in terms of diversity? Does it reflect the multicultural society that the United States is today?

Within the past couple of years, there has been a highly politicized effort to bar teachers from teaching “divisive” concepts like white privilege and racial equity. This most often comes in the form of legislative proposals that include vague restrictions designed to stop education on and restrict classroom discussion of our nation’s deeply rooted challenges with racism. Even when these bills do not get enacted into law, they still have ‘chilling’ effects on teachers and schools that are terrified of backlash for initiatives to improve diversity and inclusion. This activity is a profound threat to both intellectual honesty and inclusion in our classrooms — we have to fight for our children to learn their own history in schools.

What are your thoughts on other minorities and their representation or lack of it, especially in public schools?

Like all aspects of civil rights work, this is a battle we share with other marginalized groups. Time and again, the Sikh Coalition has found common cause with members of other communities fighting for adequate representation in state standards, curricula, and classrooms more broadly. It is essential that we stand up for one another in these conversations; we cannot allow ourselves to be pitted against each other, nor can we fight for representation for only ourselves while ignoring those who are striving for the exact same things for their own children.