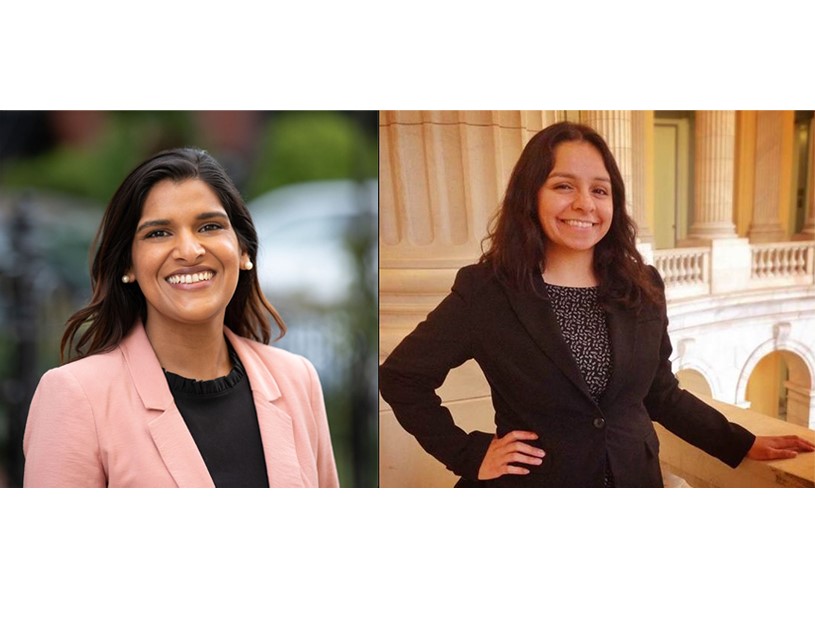 Two Indian Americans, Sonali Desai and Moh Sharma have been hired for senior positions within House Democratic leadership offices making them both the first South Asian Americans to hold each of their posts. They would also be the first Asian American Pacific Islanders (AAPIs) in these posts

Desai will serve as the Executive Director of the House Democratic Caucus, led by Chair Pete Aguilar, while Moh Sharma has been named as Director of Member Services for House Minority Leader Hakeem Jeffries.

“I am excited to congratulate Sonali and Moh on their new roles with the House Democratic Caucus and the Minority Leader’s office, respectively,” Chu stated.
“I’m thrilled to see House leadership offices hiring diverse staff, including AAPI staffers, in senior roles. For nearly nine years, my office has immensely benefited from Sonali Desai’s tireless leadership, expansive legislative expertise, and continuous grace – skills that make her the perfect fit to help lead the Democratic Caucus as its Executive Director.

“Sonali has deep experience working closely with CAPAC, and I’m absolutely confident that she will ensure Members of the House Democratic Caucus successfully work together in achieving their goals under Chair Aguilar.

“I am also delighted that Minority Leader Jeffries has chosen Moh Sharma as his new Director of Member Services,” Chu stated. “Moh first began her Hill career as the Asian Pacific American Institute for Congressional Studies (APAICS) fellow and then as a legislative aide in my office and with CAPAC. She brings years of deep experience of coalition-building and legislative knowledge to the Office of the Minority Leader.”

“We in CAPAC look forward to working with Sonali and Moh in their new capacities, and I applaud House Democratic leadership for elevating AAPI staffers to senior positions on their teams.

“CAPAC also applauds the diversity of our leadership offices, and I congratulate all the AAPI staff who will serve in their respective offices. The American people are best served when Members of Congress—as well as their staff—reflect the great diversity of our country,” Chu said.