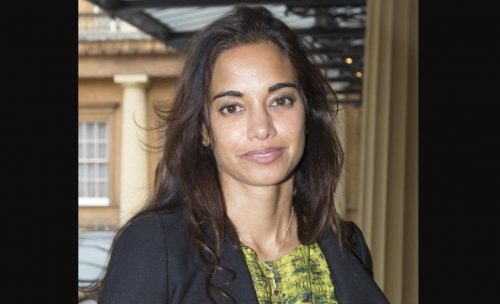 The New York-based firm will use data science to invest around the theme of how technology can improve other sectors such as financials, industrials, health care and enterprise data.

SurgoCap’s website describes itself as “an investment firm focused on the long-term and disruptive impacts of technology innovation across broad areas of the global markets.”

Born in the US and raised in Bengaluru Gaonkar co-founded the Surgo Foundation in 2015 with Sema Sgaier with an aim of using artificial intelligence and behavioural science to solve global health problems.

Five years later in 2020, she co-founded the nonprofit Surgo Ventures to further that cause. The new business focused on devising strategic partnerships with other groups.

Before launching SurgoCap Partners, Gaonkar was the founding partner at Lone Pine Capital. She joined the company in 1998 and worked with them for around 24 years. Her position at the firm was that of a portfolio manager at their technology, media, internet and telecommunications exposure.

She also worked as the co-portfolio manager of Lone Pine’s long-only funds. She worked for The Boston Consulting Group, and Chase Capital Partners prior to this. She is a trustee of Ariadne Labs, the Tate Foundation, The Queen Elizabeth Prize for Technology, the Clinton Health Access Initiative (CHAI), and RAND.

She is also an associate of the advisory board of The Economist. She was a Founders’ Council member at the Harvard University South Asia Initiative, and a member of the board of The Paris Review Foundation.

In 2019, she was picked by Steve Mandel as “one of three portfolio managers who would oversee Lone Pine’s assets, which totaled $16.7 billion as of August,” according to a Bloomberg report.

At SurgoCap, Gaonkar is reserving $100 million for more diminutive endowments, foundations and nonprofits that help underserved communities or address climate change. So far the firm has gathered $35 million. She has signed the Giving Pledge to earmark the majority of her wealth for philanthropy purposes.

Gaonkar is also a distinguished author. She has published short stories in Catamaran, Carolina Quarterly, and American Short Fiction. With this, she was also nominated for a Pushcart prize.

Her newest venture, an interactive theater project called Theater of the Mind, which she co-wrote with David Byrne, is running until Jan 23 at York Street Yards in Denver, Colorado.

Shondaland.com describes the project as “an audience participation-heavy exploration of memories told through the point of view of a person coming back to life at their funeral and traveling through time back to childhood in order to get it right.”

Gaonkar was a Kauffman Fellow. She attended Harvard University to earn a degree in 1991, and later got an MBA degree from Harvard Business School.

She is married to a fellow private equity businessman, Oliver Haarmann. They have two sons and live in London.