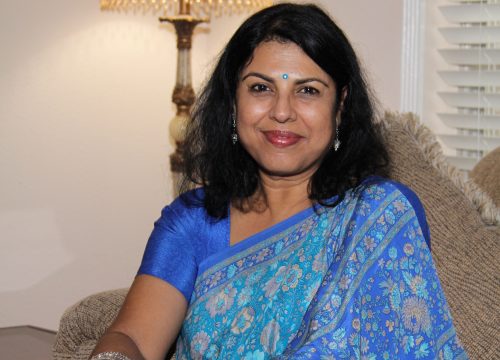 ‘Independence,’ set in the partition-era Bengal, was released in India November 30 to rave reviews.

Independence, the latest novel of Indian American author Chitra Banerjee Divakaruni, will be released in the United States on January 17.

Set in the backdrop of the partition of the Indian subcontinent, its story is told through the eyes of three Bengali sisters, Priya, Jamini and Deepa, whose world turns upside-down when their father, Dr. Nabakumar Ganguly, gets killed.

Pre-order copies of Independence are available for purchase on Amazon and the websites of other major U.S. book retailers.

The book, which was released in India on November 30, has so far received rave reviews.

“Independence is a spellbinding saga of the decolonization and partition of the Indian subcontinent, with a cast of vividly drawn, compelling characters,” wrote novelist Amitav Ghosh.

Divakaruni, the Betty and Gene McDavid Professor of Writing at the University of Houston, is the author of 21 acclaimed novels, and collections of stories and poetry.

The Calcutta-born writer burst into the literary world in 1996, with Arranged Marriage, a collection of stories. The book won the American Book Award and PEN Josephine Miles prize.

Divakaruni’s popular works include Mistress of Spices, Sister of My Heart, Before We Visit the Goddess, Palace of Illusions, The Forest of Enchantments, and The Last Queen.

Mistress of Spices, released in 1997, was turned into a film by Paul Mayeda Berges, director of Bend It Like Beckham.

According to the author’s website, film rights for Independence have been optioned by Temple Hill.

Call it a snow day: With some of the most promising recent books by Indian American authors (January 18, 2019)