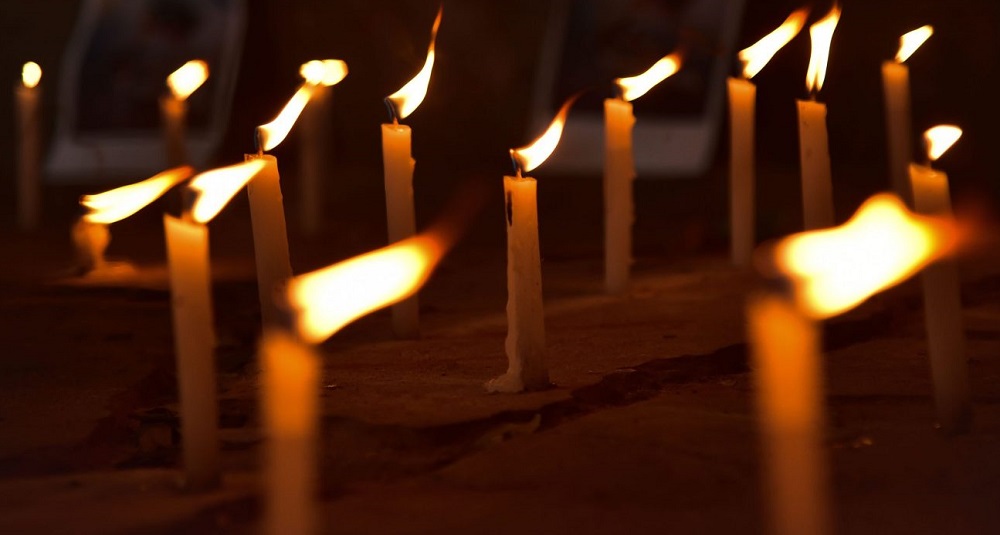 More than 200 people gathered for a candlelight vigil in Hughes Elementary in McKinney, Texas on Monday evening to mourn a 9-year-old boy who was allegedly stabbed to death by his Indian American father.

Subramanian Ponnazhakan, 39, the child’s father, was arraigned on a capital murder charge with a bond of $1 million, according to McKinney Police. He remains in a hospital in treatment for a self-inflicted stab wound.

A neighbor called 911 Friday afternoon saying the boy’s mother found him unconscious and bleeding inside the home, Fox News reported citing police. Officers forced their way into the home and found her husband stabbing himself.

The child was found dead in the garage with multiple stab wounds. It’s a home police say they had never been called to before Friday.

McKinney police said the child, whose name has not been released, suffered multiple stab wounds, which resulted in his death on scene.

Police have also not done any on-camera interviews, and they are not saying why they believe Subramanian killed, who neighbors say was his only son.

Some are leaving notes of prayer outside the home, along with other items, Fox News said. Down the street at Hughes Elementary, people say Monday’s gathering is a reminder to that community is needed most during the dark times.

“I know happiness is one part being part of the community. When it’s not happy is most important. That’s why I’m here,” neighbor Vijay Ranganathan was quoted as saying.

Moving forward, community members want the boy’s mother to know she has their love. And while they don’t know the circumstances leading to the murder, they want anyone dealing with family struggles to seek help.

“We look out for each other, especially in the dark times,” neighbor Suroma Sinha said.

“What can a 9-year-old do to deserve this? I feel really bad,” he said. “Was this a preventable? Absolutely. Seek help. Communicate. Seek help,” Sinha added.