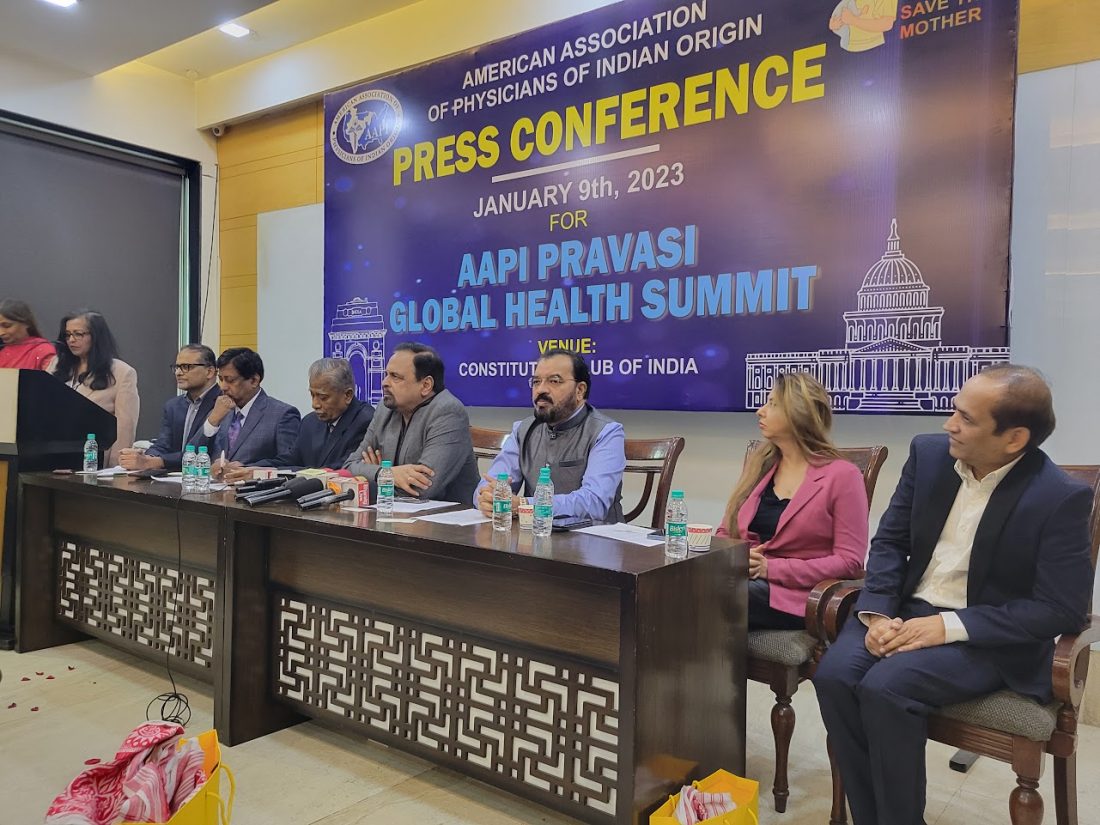 The theme for 17th summit will be ‘Maa Bachao,’ or save the mother

The American Association of Physicians of Indian Origin (AAPI) will hold its 17th annual Global Healthcare Summit in the Indian capital New Delhi from Jan 2 to 4 next year.

AAPI President-Elect Dr Anjana Samadder announced the next summit during a curtain raiser at the Constitution Club in New Delhi on Jan 9 after the conclusion of the 16 th Summit in Visakhapatnam last weekend.

The theme for the next global healthcare summit will be “Maa Bachao,” meaning, protecting the mother, which will be a great way to strengthen families and humanity as a whole, Samadder said.

Dr Sushi Singh, chief guest at the event said, saving the mother and giving her due respect and honor is essential today more than ever. She pointed to the high infant mortality rate in India and urged all sections of society to work together to save girl children, according to an AAPI release.

“The Global Healthcare Summit held annually in India across several states, has become a major contributing factor, where Indian American doctors focus on various programs and policies in their efforts to make a huge difference in the delivery of healthcare in India,” said AAPI president Dr Ravi Kolli, in a message.

“Coming from a nation that has given us so much, today Physicians of Indian origin have become a powerful influence in healthcare across the world,” said Dr Sampat Shivangi, chair of AAPI’s legislative wing.

“Nowhere in the world is their authority more keenly felt than in the United States. The overrepresentation of Indians in the field of medicine is striking – in practical terms, one out of seven doctors in the United States is of Indian Heritage. We provide medical care to over 40 million of the US population.”

During an interactive session with the media, AAPI leaders shared the numerous initiatives taken up by AAPI during the course of the past four decades in India as well as in the United States.

In addition to educational seminars/workshops on current topics, the GHS includes a well-organized CEO forum with a panel of eminent healthcare leaders from the US and India, reinforcing the need for preventive care rather than disease management, to control the non-communicable diseases which are the biggest silent killers.

Areas of ongoing skill training, investment in infrastructure, modernizing healthcare delivery, and private-public collaboration specific to each state in the healthcare sector are discussed and specific plans laid out, which are sent in a White Paper report for follow up in the coming months.

For post-Covid relief activities, AAPI has raised over $5 million during the delta wave in India.