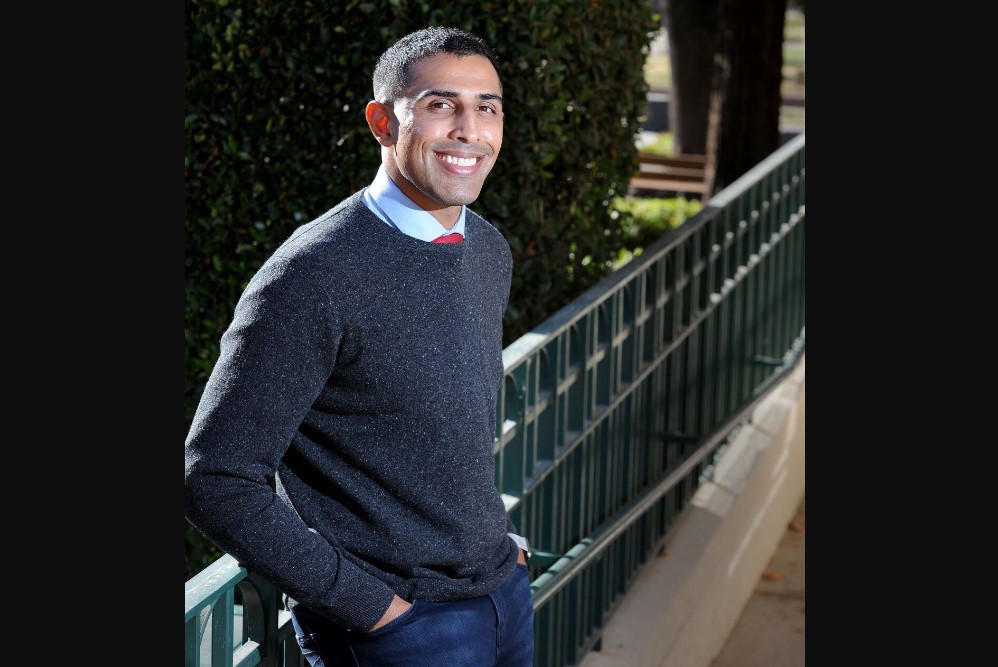 After all, Hothi was of an impressionable age when 9/11 happened and, as a young Sikh boy of color in America, living and studying in a town which wasn’t as racially diverse back in 2010s, he witnessed racism first-hand.

However, the hostile, racially divisive times taught Hothi an important lesson — that to turn the tide of time, often one has to get to the forefront and take control of the situation.

Today, Hothi is the first and the youngest Sikh in the history of California to hold the position of a mayor. Hothi, a Lodi resident, represents the council’s fifth district. He also served as vice mayor this past year under mayor Mark Chandler.

Talking to the American Bazaar from Lodi, a city known for its cultivation of sweetest grapes, Hothi credits his historic win to his parents’ grit, which made him value hard work early on.

About the family’s immigration to the United States from India, he says, “My parents immigrated to the US from Punjab, India in the early 1980s. They settled in the San Joaquin Valley due to family ties and began working as laborers at local farms.

“We grew up with very modest means but my parents prioritized education at an early age and I always had what I needed to succeed academically.”

Growing up as his parents toiled at the farms, Hothi also witnessed challenging times in America which eventually led to his involvement in community services.

“Sikhs in the US experienced very challenging times, especially after 9/11,” he says. “My family faced harassment due to this as well and that emboldened me to want to become more involved and active to fight back against discrimination.”

About growing up as a Sikh in post 9/11 America and his experiences with the backlash first hand, Hothi says, “After 9/11 I experienced a lot of hatred from kids in school. Lodi was much less diverse at the time and there were instances where I was spat on, called an Arab, etc.”

“These experiences very much shaped my trajectory. As a result, I made it a point to highlight the Sikh community. I worked in the California State Legislature for almost a decade and organized Sikh awareness and appreciation events.”

“I worked on a bill to recognize November as Sikh Awareness & Appreciation Month in California, hosted langars on the Hill at the Capitol where guests ate Punjabi food and learned about Sikhi, and prioritized hiring Sikh staff and interns to increase our presence and awareness in the political arena,” Hothi said.

As the first Sikh mayor in California, Mikey Hothi thinks that his win is a positive sign for the community as a whole. “I’m very proud of my background but also proud to represent a diverse region with a rich agricultural history,” he says.

“Sikhs have had a long history in politics. The firstAsian US Congressman was a Sikh by the name of Dalip Singh Saund,” Hothi recalled. “I’m very proud to represent the Sikh community and all of our diverse communities that we have here in California.”

In his early 30s, Hothi also represents the young South Asians, of color now getting involved in American politics.

On whether the political scene has become more receptive now, Hothi says, “Sikhs are now involved in politics throughout the region. I’ve witnessed and supported a number of Sikh candidates for local office. The California Legislature just elected its first Sikh Assemblywoman. Things are trending in the right direction.”