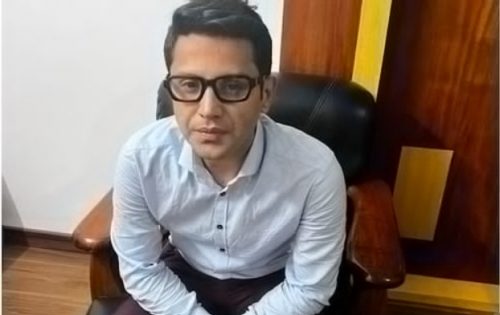 The urinating incident happened on Nov 26, 2022, when Mumbai based executive Mishra allegedly relieved himself on a 70-year-old co-passenger in the business class in an inebriated condition.

The carrier had earlier announced a month’s ban on Mishra after the incident came to light, saying an airline can only ban an unruly passenger for 30 days unilaterally, before consulting civil aviation ministry.

“As a first step, Air India has banned the passenger for 30 days, the maximum it is permitted to unilaterally do so, and reported the matter to the DGCA (Directorate General of Civil Aviation) for further action,” the airline had said.

Times of India citing sources said that the airline submitted an internal report in connection with the case on Thursday.

Air India had constituted an internal committee to look into the lapses by the crew. It had also de-rostered four cabin crew members and a pilot of the New York-Delhi AI 102 flight after the DGCA issued show-cause notices to the carrier, its director of in-flight services and the crew that had operated the international flight.

Meanwhile, Delhi Police had registered a First Information Report against Mishra on Jan 4 following a complaint of the woman to Air India.

He was arrested from Bengaluru two days later, and is currently in judicial custody after a Delhi court denied him bail last week.

Mishra, however, in a counter has said that the 70-year-old woman urinated on herself. “I did not urinate on the complainant. The complainant woman’s seat was blocked. The woman has a problem of incontinence because she is a Kathak dancer and 80 per cent of dancers face this issue,” he had said in his defense in the court.

The complainant has rubbished the claims made by tMishra, saying it is being done with the intent to spread misinformation and further harassment.

Mishra, who was a vice-president at US-based financial services company Wells Fargo, has also been terminated from the firm.

“Wells Fargo holds employees to the highest standards of professional and personal behavior and we find these allegations deeply disturbing. This individual has been terminated from Wells Fargo,” the company had said.

On Jan 8, Tata Group Chairman N Chandrasekaran admitted that Air India’s response to the incident should have been “much swifter” and “We fell short of addressing this situation the way we should have.”