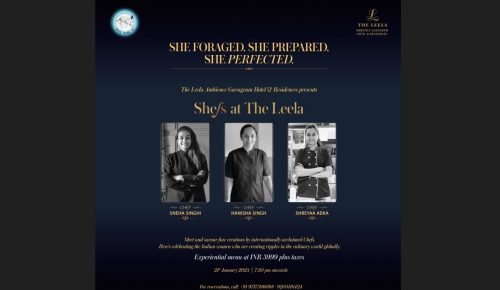 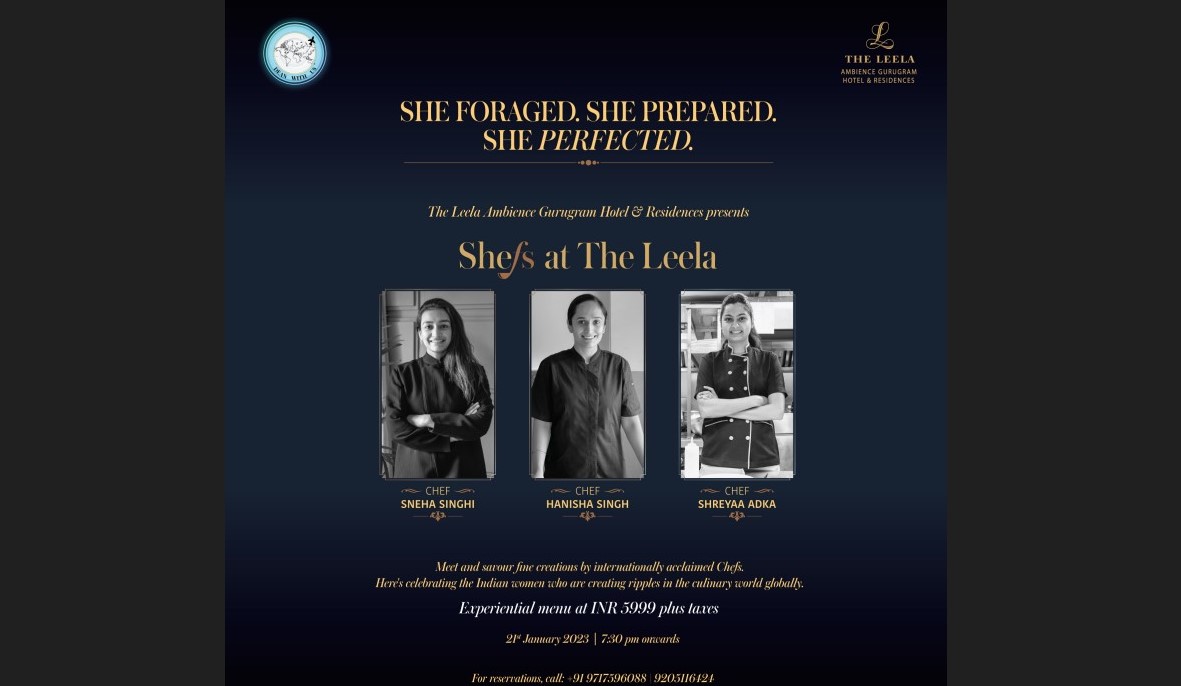 After top New York diners, Shreeya Adka will be serving regional cuisine at ‘Shefs at Leela’ in India

As a young student at the prestigious Culinary School of America, chef Shreeya Adka may not have thought that one day she will train at not one but two of the most prestigious three Michelin star restaurants in the United States – Per Se and Eleven Madison Park, both in the food capital of the world – New York City.

Talking about her experiences as an Indian chef in the US, Adka says, “I got an exposure to a whole new world of food inspired by French techniques being created at Per Se which was then, 5th in the World’s 50 best restaurants list.”

“Bringing back at least a small part of this back to my hometown Coimbatore in Tamil Nadu, India was my dream,” she said. “Making good food wasn’t the goal, opening the door to a whole new experience was.”

So, after dabbling in restaurants like David Humm’s Eleven Madison Park that serves upscale American tasting menus, Adka found inspiration tp bring the same passion and precision to a cuisine she had grown up eating – Tulunad or food from the south western regions in Karnataka.

Forget the world, not many people in India too are aware of the Tulu food which boasts of some of the most iconic coastal dishes made out of freshly caught seafood from the Arabian Sea.

Showcasing many such rare dishes, Adka will be a part of the second edition of a unique food event titled ‘Shefs at Leela,’ to be held at The Leela Palace Bengaluru on Jan 21.

The first edition of the events curated by food experts and mother daughter duo Rupali and Akanksha Dean was held last year and was headlined by chef Arti Sampat from New York City.

Spread across two days, ‘Shefs at The Leela’ will open with a Masterclass by chef Abhishek Gupta on Jan 20 and will lead into a sit-down dinner on Jan 21 curated and serviced by an all women workforce.

Led by women chefs, Adka, Singh and Upadhaya, an all-women culinary production and service team of The Leela Ambience Gurugram will orchestrate the evening which aims at giving a taste of varied flavors, cuisines and cooking styles and tell a powerful story of diverse backgrounds, experiences and learnings.

Chef Singh trained under chef Andres Lara, considered one of the top pastry chefs in the world. She has also worked closely with the American kitchen appliance company KitchenAid, where she is chef consultant for the Asia Pacific region.

About her cooking at the event, Singh says, “We aim at bringing a contemporary dining experience showcasing honest plates of food that are not cuisine specific but technique driven with seasonal produce and globally inspired flavors. Refined yet comforting, familiar yet creative is what we want to put out.”

A Le Cordon Bleu, Paris alumna chef Upadhaya has a diploma in patisserie, modern French pastry & cuisine. About her cooking and influences she says, “I look up to iconic American cook, author ad TV personality, Julia Child the most as a chef because her life and journey made people believe that cooking can be a lot of fun and that it’s never too late to try your hand at something that you’re interested in and you might just turn out to not only be good at it but also excel at it.”