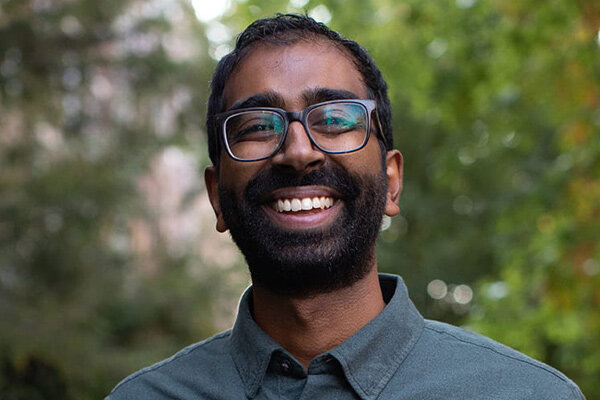 Indian American New York City Council Member Shekar Krishnan had a rude encounter with protestors shouting slurs outside his home while his wife and kids were home.

Krishnan who represents District 25 in the city came to his Queens home late in the evening to see transphobic protestors shouting slurs and vandalizing the sidewalks right outside his home. The protestors were opposing the young politician’s support for the Drag Story Hour during which drag queens read out stories to kids in public libraries.

“After a meaningful day of reflection on Dr. (Martin Luther) King, I came home to homophobic and transphobic protesters outside my door, again, vandalizing the sidewalk & shouting slurs with my children inside, Krishnan said about the protests. “This disgusting behavior is another reminder of the work ahead of us.”

Protestors called the council member a pedophile and a groomer. They also scribbled groomer on the pavement right outside his home. Another scrawl on the sidewalk read: “Shekar funds Drag Story Hour.”

Some protestors held umbrellas that read: “Let kids be kids.” Another message read: “Drag is not for the kids.” A woman held a placard saying, “Stop taking children’s innocence away.”

For the past few weeks, Drag Story Hour protests are on the rise in New York City. The demonstrators have been opposing the inclusion of drag artists reading stories to kids in public libraries expanding to other public places.

The Drag Story Hour or Drag Queen Story Time are events for children that were started in 2015 by civil rights activist Michelle Tea in San Francisco with a vision to promote inclusivity and diversity.

The events are usually for kids in the age-group of 3 -11 during which drag queens read out stories to kids in public libraries.

Krishnan along with the New York City Council have been supporting the event. The optional event is open for parents to either choose or not for their kids.