Amid job cuts, does an H-1B visa still hold its charm? 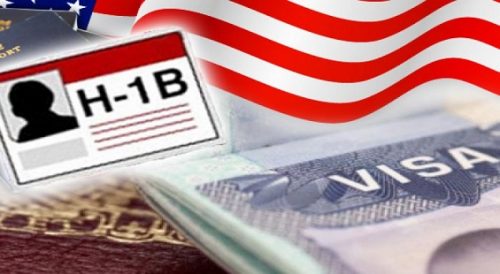 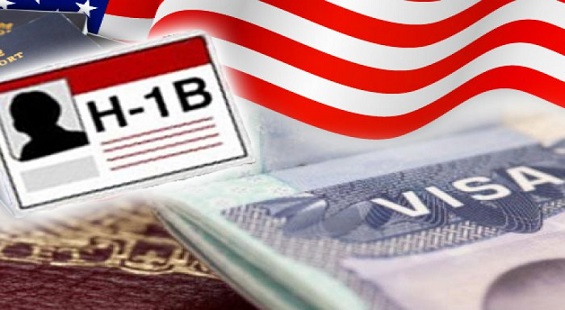 It has been a bloodbath in the US job market. If 2022 closed on a somber note with a spate of work visa holders finding themselves without a job, 2023 has seen an even scarier situation.

The post-Covid world is seeing sluggish growth, high interest rate, inflation and the fear of recession looming large. Tech companies and multinational giants have resorted to one of their biggest rounds of job cuts in recent times.

From Google to Microsoft to Amazon – the traditionally considered stable job market is experiencing shaky grounds. The worst affected in the current scenario remain those on work-based visas.

The restrictive visa regulations such as H-1Bs requiring to look for a new job within 60 days in event of a job loss and the long wait for green cards, the shine on the coveted US visa seems to be fading.

So, what is it that still drives thousands of professionals with hallowed job profiles to come to the US every year? The American Bazaar caught up with Seattle based author and academic Amy Bhatt on the lure of the H-1B visa.

A former associate professor of gender and women studies, Bhatt has also authored books such as High-Tech Housewives.

Her research focuses on the effects of migration on gender and families. She tells the American Bazaar that the H-1B visas despite its restrictions has traditionally paid-off for families migrating to the US.

American Bazaar: You have in the past researched about the H-4 visa and how its limiting impact on professionals, mostly women of Indian origin affected their mental and emotional well-being. Spookily, we seem to be experiencing uncertainties on H1B visa right now as a spate of job cuts have left many work based visa holders scurrying to look for jobs within a couple of months. Do you feel the American dream is worth it in face of such uncertainty?

Bhatt: I would say that with the limitations that people experience on the H-1B and H-4 they are quite linked together. In terms of the H-1B visa, people do take them as a way to think of it as a stepping stone to potentially have more opportunities in the United States.

So, for many folks, H-1B even though it has many constraints tied to it is always seen as a little bit of risk, but historically that risk has paid-off and people have been able to transition smoothly living in the United States for decades afterwards.

Now, remember that the first H-1Bs were issued in the 1990s so we are talking about a program that is over 30 years old at this point. We have also really been successful in creating and growing a fairly large community of workers who have then gone on to start their own companies to be able to work their way up through different ranks of other companies, to become entrepreneurs, to do so much more.

And those families who settled during that time have also created a new generation of students and workers as well. So, in terms of that sense of that visa being self-limiting, it has its risks but up until now that risk has come with a bit of pay-off.

Now in terms of the possibilities for women who come on H-4, that scenario has also been something that historically was seen as a temporary condition.

What we have noticed over the past decade or so is the compounding of time as these long, long waits for visas and green cards continue to grow; something that wasn’t may be much of an annoyance earlier on, when H-1B programs first started but have now become a dire problem. It is something that has not really been rectified by any of the current or previous immigration policies.

AB: We know that work visas in the US come with limitations and there is hardly any guarantee of an early permanent residency, at least on H-1B visas that form the major chunk of the work-force from India. Why does the US continue to emerge as a hot immigration destination? What we may be missing here?

Bhatt: Well, the US continues to emerge as a hot immigration destination and the reason is that the United States despite its flaws has a relatively open immigration policy.

We use specific criteria that were outlined in 1965 that are really tied to the needs of the United States economy and labor pool, education and family as the primary basis of our criterion.

The fact that people come from all over the globe and are able to become Americans. And, I think that’s still the part of the dream that people have that if they are able to migrate, work hard and follow the rules, they do have a shot at citizenship. In terms of residency, you know this issue wasn’t really a problem as it is today.

Yes, there were certainly time periods that you had to wait if you were applying for a green card. However the wait did end. And what we are seeing today with the compounding wait times, the restrictions and de-funding of US immigration services that has happened under the previous Donald Trump presidency, that wait time has grown even wider.

What many people may not know is that the USCIS is almost entirely funded by the fees and also by congressional authorization. So, if you cut the money going towards the USCIS you are actually cutting the people who can process applications and can actually go through and make sure that the agency is doing its job correctly.

So, this is one of those sort of back door political maneuvers that have worked as a way of limiting the government. But the impact it had was really significant in people’s lives.

That said, the US still continues to be a hot immigration destination because of the previous track record that it has had. It is still seen as the place where you can move through the ranks and find a place here.